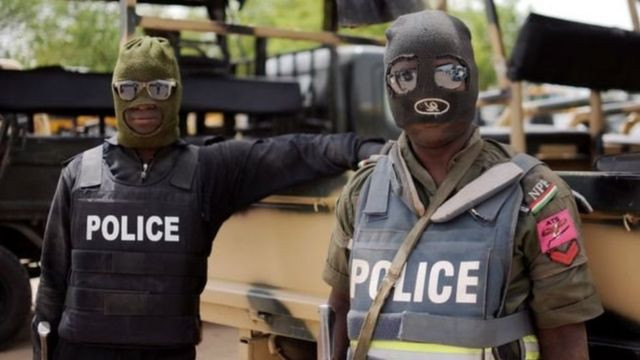 A suspected kidnapper has been shot dead by the police in Delta state which also rescued 13 kidnap victims.

Spokesman of the state command, Bright Edafe in a statement released on Sunday evening said one AK-17 rifle was recovered from the suspect.

The suspect who was shot dead on Sunday, April 3, by a combined team of Police operatives attached to the Ogwashi-Uku Division and a local vigilante, had alongside his gang members intercepted a 14-seater bus on the Aniagbala Community via Ubulu-Uku express road in Aniocha South Local Government Area.

“Today, April 3, 2022, at about 08:40 hours, information got to the Command that a gang of daredevil kidnappers had intercepted a 14-seater bus with Registration Number: M831-JFK.

“The bus was intercepted on Aniagbala community via Ubulu-Uku express road in Aniocha South conveying 16 occupants.

“Thirteen of the passengers were abducted and taken to the bush”

The police spokesperson said that upon receiving the information, the Commissioner of Police (CP), Delta Command, Ari Ali, directed the DPO, Ogwashi-Uku Division to lead men into the bush and ensure that the suspects were arrested and the victims rescued unhurt.

All the 13 kidnapped victims were rescued alive and unhurt, adding that the bush was still being combed to arrest the other fleeing members of the gang.

“Following the directives, the DPO, CSP Mohammed Naallah, swiftly led a combined team of Police operatives and Vigilantes into the bush and gave the hoodlums a hot chase.

“In the course of the exchange of gunfire, one of the suspects who was hit, died on the spot while the other members of the gang escaped with bullet injuries”