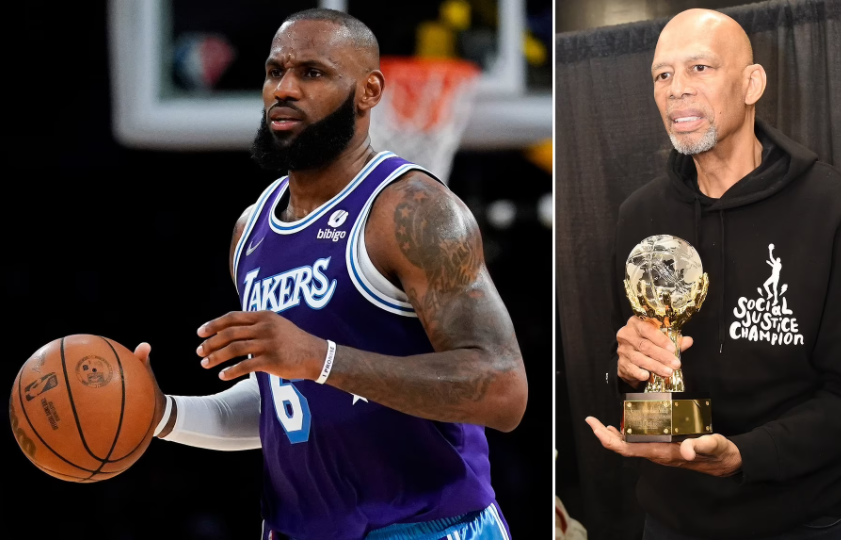 NBA legend, Kareem Abdul-Jabbar, has slammed LeBron James, saying he ‘should be embarrassed about some of the things he has said and done.

Prior to the Los Angeles Lakers’ 129-118 loss to the Denver Nuggets, Abdul-Jabbar questioned James’ behavior around social issues and suggested he has been caught ‘standing on both sides of the fence’ previously.

‘Some of the things he’s done and said are really beneath him, as far as I can see,’ Abdul-Jabbar told reporters.

‘Some of the great things that he’s done, he’s standing on both sides of the fence almost, you know? It makes it hard for me to accept that when he’s committed himself to a different take on everything. It’s hard to figure out where he’s standing. You’ve got to check him out every time.’

Abdul-Jabbar has been critical of James on multiple occasions but clarified that his latest remarks were not meant to be ‘throwing stones’.

‘I admire the things that he’s done that have gotten all our attention,’ Abdul-Jabbar continued.

‘Sending a whole school to college? Wow. That’s amazing. His thoughtfulness and willingness to back it up with his wallet, you got to give him credit for that. So I’m not throwing stones. I just wish he wouldn’t, you know, some of the things he’s done, he should be embarrassed about. That’s just where I’m coming from.’

Abdul-Jabbar, 74, was speaking before presenting James’ team-mate, Carmelo Anthony, with the new Kareem Abdul-Jabbar Trophy which honors the NBA’s Social Justice Champion for the 2020-21 season.

‘I’m rooting for you and praying for your strength,’ Actress Adesua Etomi assures her husband, Banky W, of victory in 2023 election