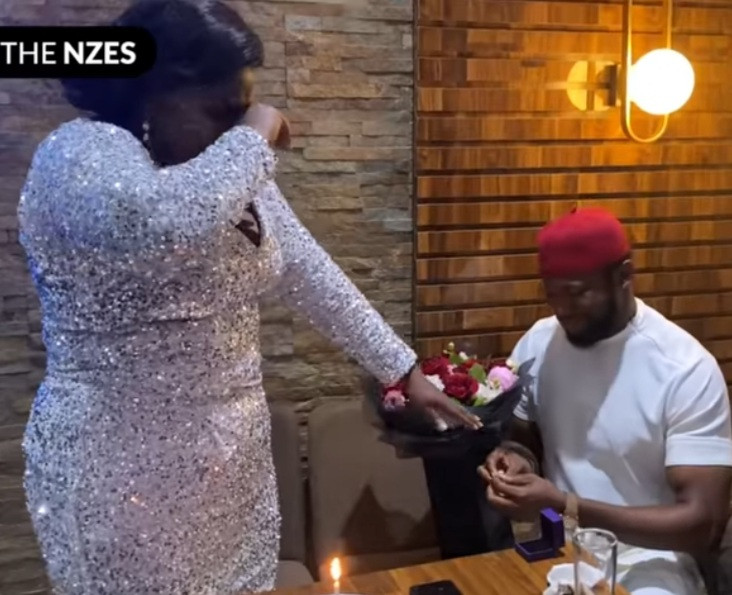 Stan Nze and Jessica got married on September 11, 2021, in an event graced by many Nigerian celebrities.

For the first time, the newlyweds have shared their proposal video and the story behind it.

Stan Nze revealed that he had planned to take Jessica Obasi on a trip abroad and propose there. However, she had a movie to shoot during that period so she cancelled the trip.

To make it up to him, Jessica said she planned a series of surprises for Stan’s birthday, which was on May 15, three days after her May 12th birthday.

She organised a praise night on the eve of his birthday, with their close friends in attendance, then checked him into upscale hotel, where the room had been decorated with flowers and candles.

She then treated him to an English breakfast tray served in their hotel room.

In the evening, she planned a surprise all-white dinner for him and invited their close friends.

Unknown to her, Stan was aware of the surprise and was also planning to surprise her with a proposal at his surprise party.

At the end of the surprise dinner, while giving a vote of thanks, Stan proposed to her.

The love birds were in tears during the proposal and Stan couldn’t say much because he was crying most of the time.

Watch the beautiful proposal below.