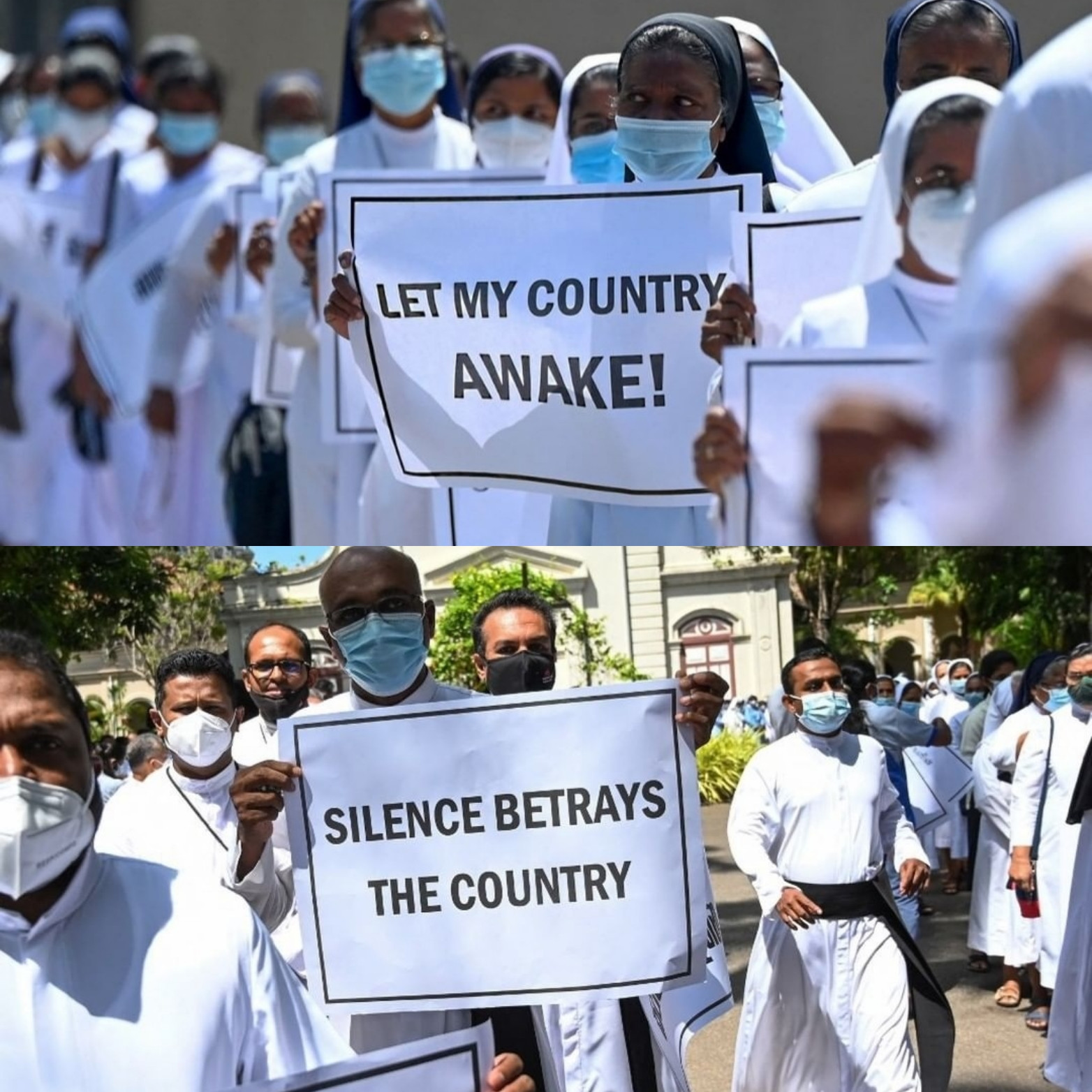 Catholic priests and reverend sisters in Sri Lanka have joined the ongoing protest against the economic crisis in the country.

Recall that several ministers and the central bank governor in Sri Lanka resigned over protests in the country due to fuel scarcity and economic hardship (read here).

Though the President of the country declared a state of emergency and imposed curfew in parts of the city to curtail the protests, which have now turned violent, this did not stop protesters, who defied the curfew and continued to take to the streets to call for the President’s resignation.

Photos show the priests and sisters dressed in their religious habits while carrying placards to raise awareness about the hardship citizens are facing.