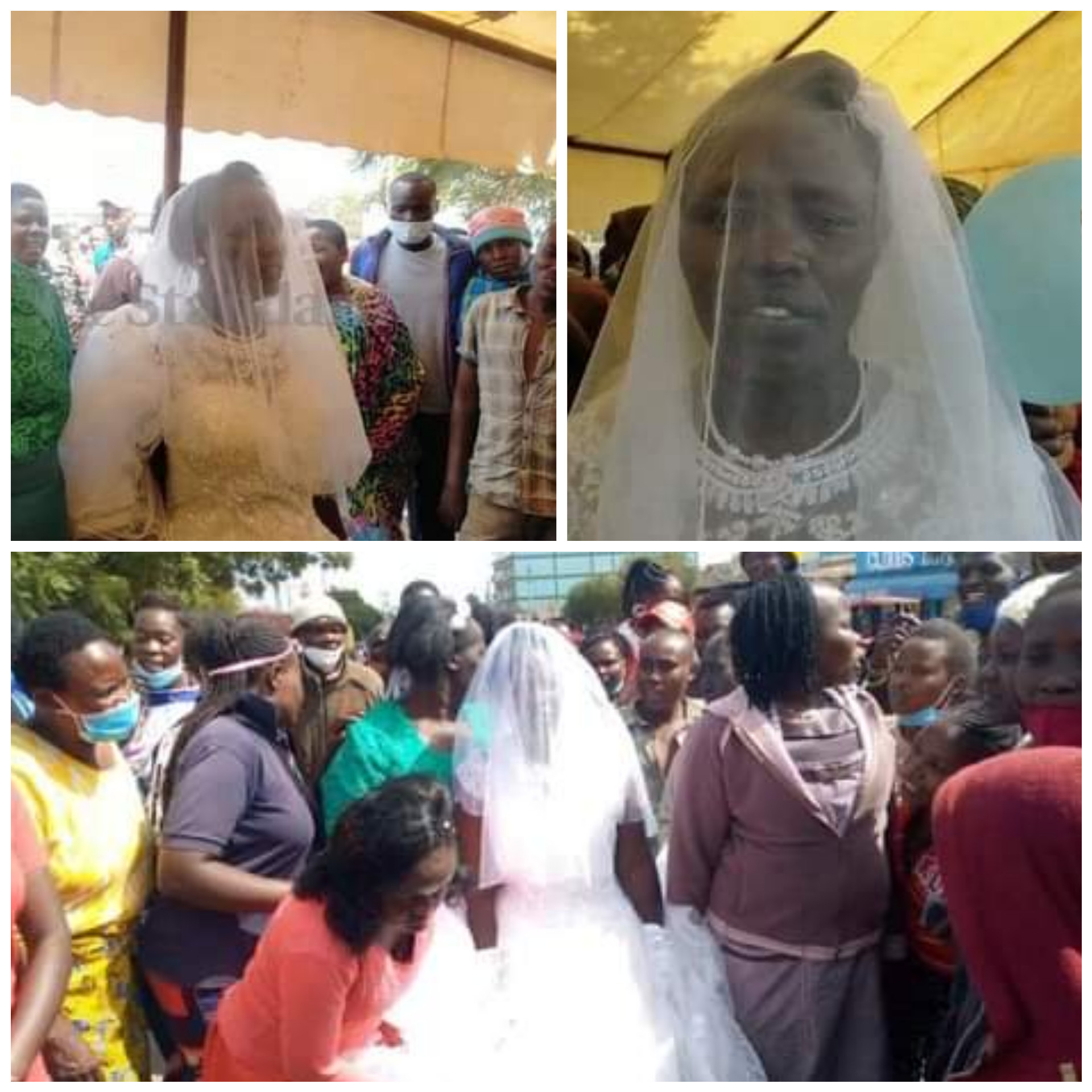 A Kenyan woman, Elizabeth Nalem, who got ‘married’ to the ‘Holy Spirit’ last year has been found dead.

Recall that the mother of six from Makutano town in West Pokot County, came to limelight when she ended her 20-year-marriage and married the spirit in May, 2021. Read HERE

She later travelled to Amudat District in Uganda for her honeymoon and to spread the Gospel, as God ‘instructed’ her.

Kapenguria OCPD Kipkemoi Kirui, who confirmed the development on Tuesday, said that the decomposed and mutilated body of the woman was found in a forest on Saturday.

Police reports indicate that Nalem had left her home a week earlier with a panga and a walking stick headed to the forest.

The police said there is a possibility that wild animals attacked the deceased and feasted on her remains.

Kirui said investigations have been launched to establish whether she was attacked, adding that the body must have been in the bush for more than a week.

Apart from disowing her husband, Nalem had also closed her eatery and refused to go back to her town council officer job until she accomplished her mission.

“God has shown (sic) me to travel to the United States when am done with Uganda. He told me to traverse the world but I told him I won’t be able and requested him to recruit other members to help me in spreading the gospel,” she had said.

She added that her husband had pleaded with her to go back home but she had refused until her newly ‘wedded’ Spirit husband granted her permission.

“God knows how my children will eat I have left them in God’s hands.”