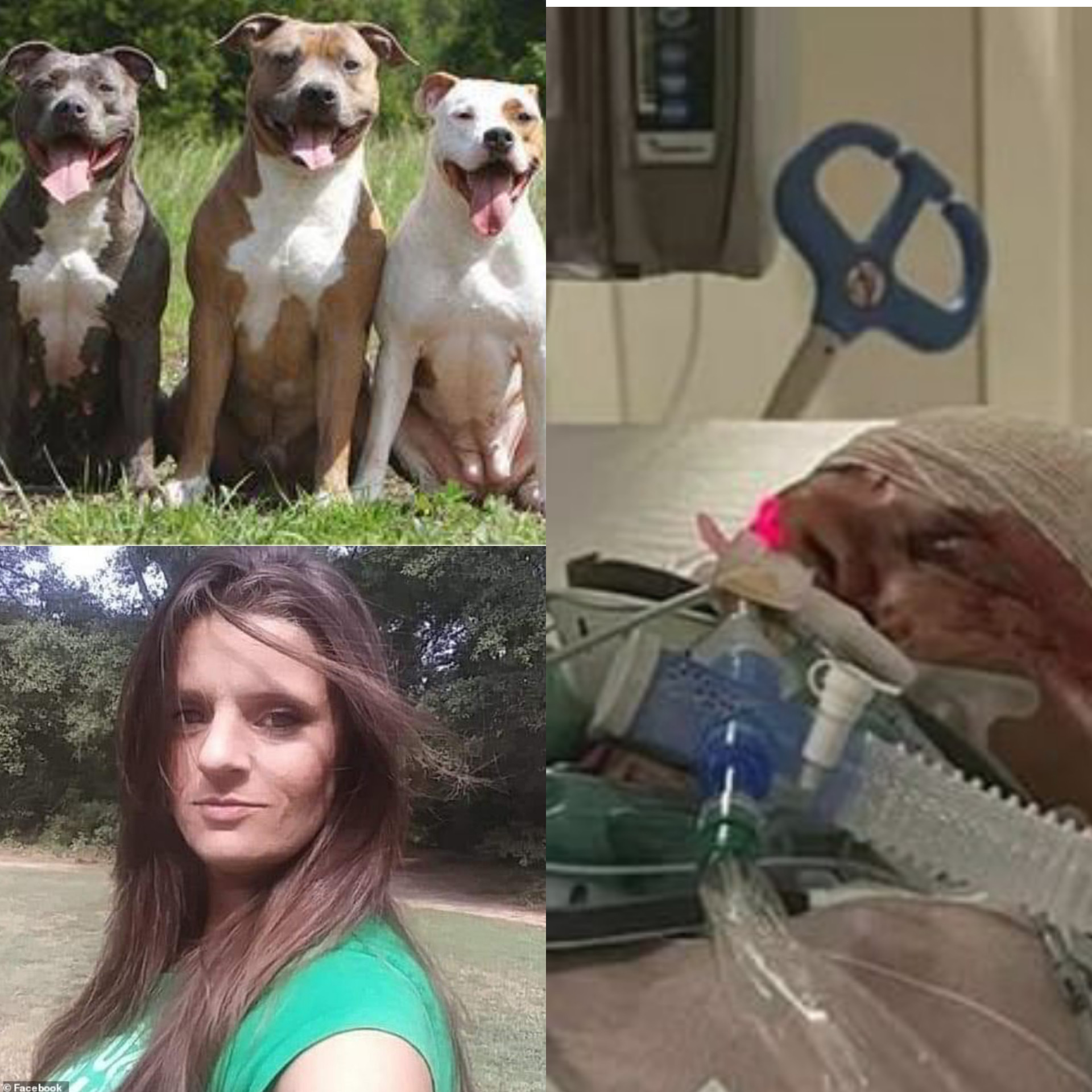 A mom-of-three, Kyleen Waltman aged 38, who was nearly killed by three pit bulls last month woke up from coma to be told her arms have been amputated.

Waltman has undergone several surgeries since the almost fatal incident since March 21 and has battled high blood pressure, fever, and respiratory issues .

A witness who saw her when she was under attack in a ditch scared off the dogs by firing his gun into the air in South Carolina.

According to her family, she woke up from coma recently only to discover that both her arms have been amputated  and got so upset with her condition that doctors were forced to sedate and put her back on a ventilator.

She was attacked by the three fierce dogs when she was walking home  in rural Honea Path, about 80 miles northwest of Columbia, South Carolina.

In a heartbreaking post on GoFundMe, Waltman’s sister, Amy Wynne, shared the series of health battles she’s faced since the attack..

She also wrote that Kyleen was so upset when she finally woke up that doctors were forced to sedate her.

‘Now they have took off everything on the arms that now she can not have regular prosthetics,’ Wynne wrote.

‘So here we are trying to figure out how to keep her from thinking negative thoughts about her life. I understand that for 38 years she’s had arms and now she doesn’t, how she’s thinking. She’s still fighting. Prayers are working and slowly she healing.’

Wynne also said her sister is facing a long road to recovery.

‘Her blood pressure is still very and she is running a fever of 102+ her oxygen levels keep falling so she’s back on the ventilator,’ Wynne wrote on the GoFundMe page.

‘Mama says it’s like she’s giving up. Before ya’ll go assuming we as her family are not giving up. The lord has brought her this far for a reason. Her story is not done.’

‘As far as I know, the dogs just jumped on her and you can actually see in the road if you go down there, where she fought the dog, trying to fight them off,’ Gilmer said.

‘I ain’t no hero,’ Avery Presley, a local farmer who scared the dogs away by firing his gun into the air, police said to Greenwood Index Journal.

‘I still feel guilty about not getting there earlier. I always carry a gun for safety.’

The owner of the dogs, Justin Minor (pictured below) was arrested and charged with three counts of owning a dangerous animal that attacked and injured a human, rabies control violation and dangerous animal not permitted beyond premises unless restrained, according to The State.