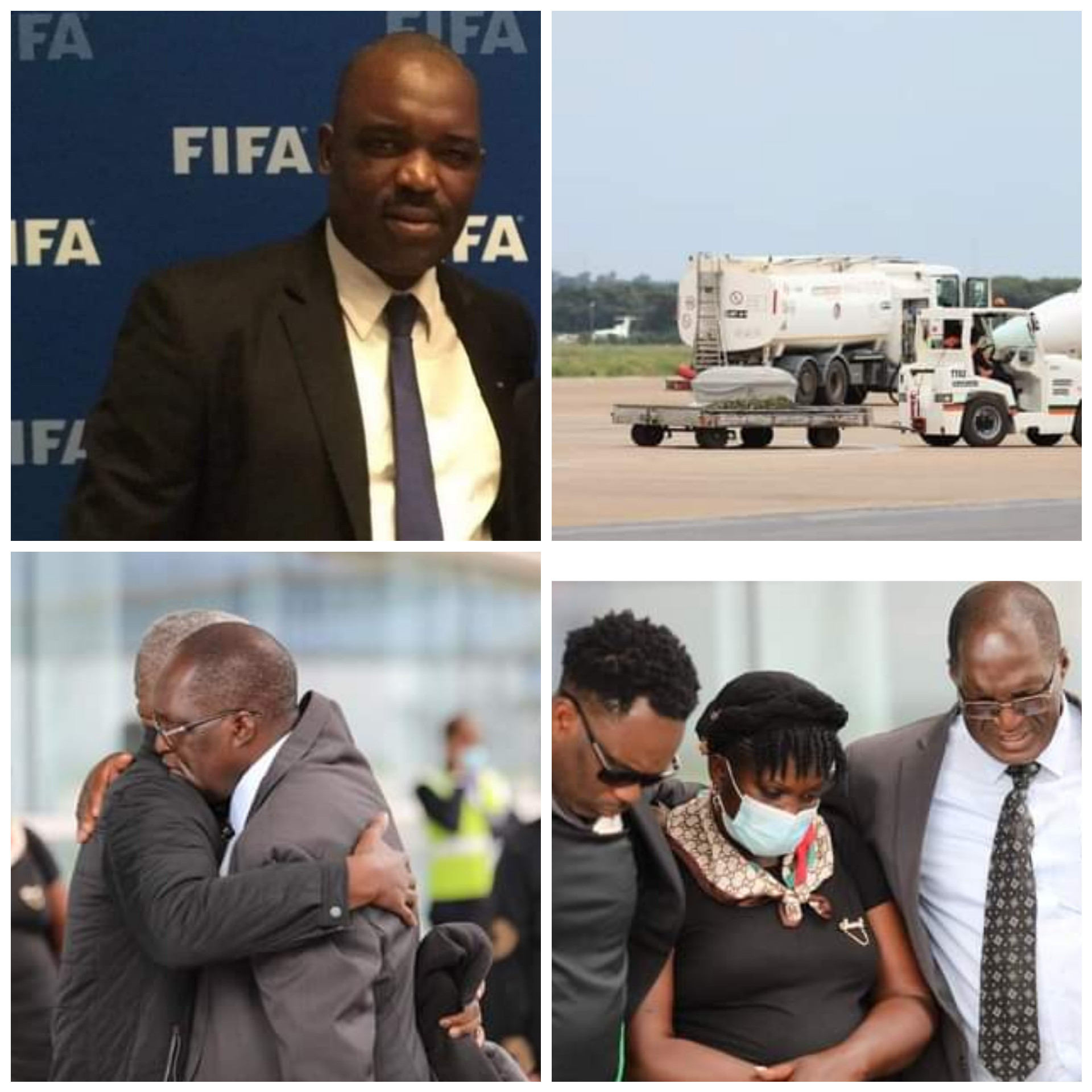 The body of late CAF/FIFA medical officer, Dr Joseph Kabungo, who died at the Abuja stadium has arrived his country, Zambia.

The Ethiopian Airlines flight ET873 carrying the body touched down at KKIA in Lusaka on Wednesday afternoon, April 6, together with his family representatives, FAZ general secretary Adrian Kashala and four medical doctors who had travelled to Nigeria.

Dr Kabungo died after violence erupted when the final qualifying match between Nigeria and Ghana ended 1-1.

The Zambian official was appointed by the world football governing body, FIFA, as the Doping Control Officer for the match.

The NFF said its findings show that he “died as a result of sudden cardiac arrest.”

The funeral service will be held at Woodlands stadium on Thursday with burial set for the same day at Memorial Park.