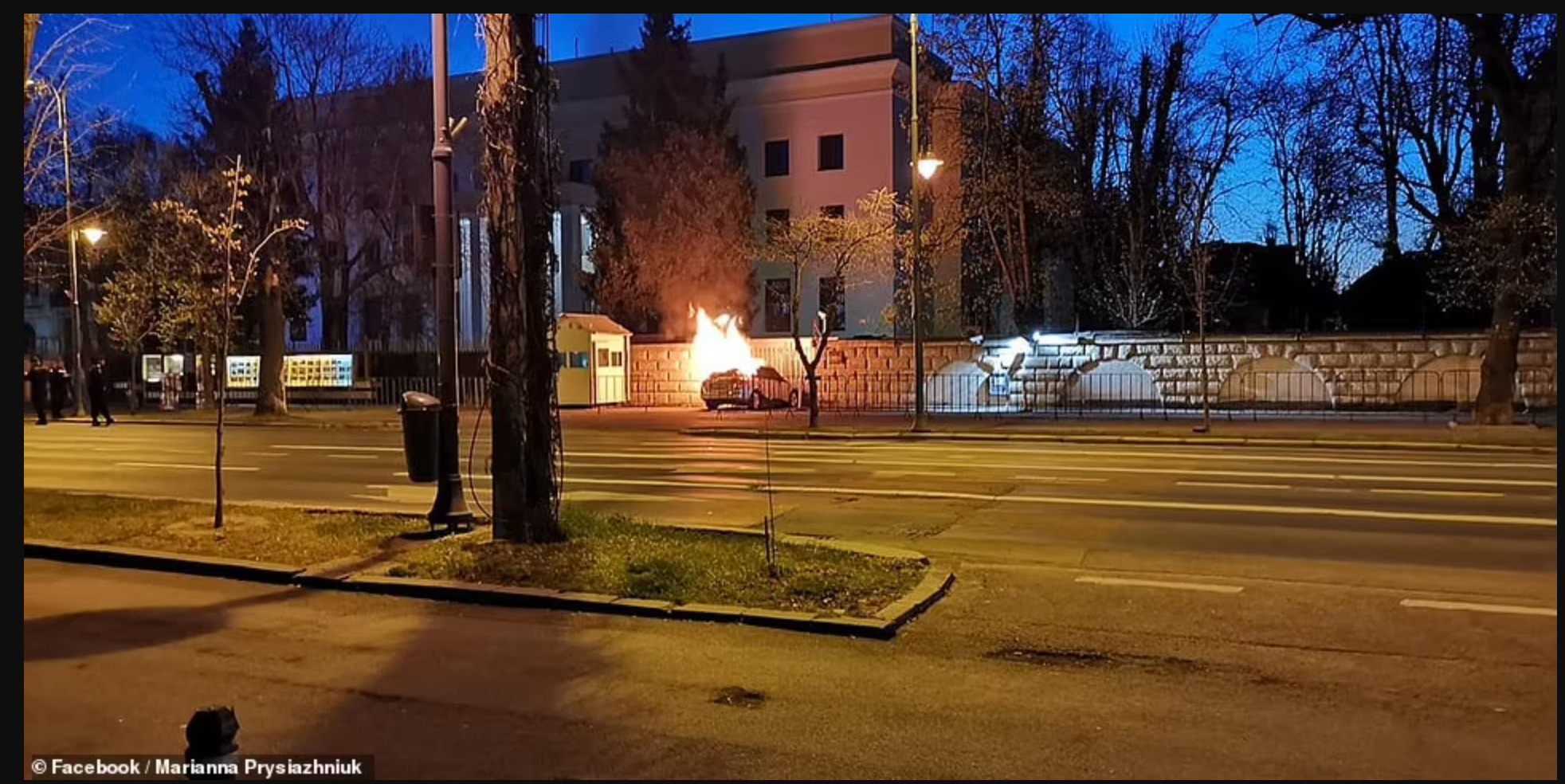 A man has crashed his car into the gates of the Russian Embassy in Bucharest before it burst into flames, killing him.

The man, identified locally as father’s rights activist Bogdan Dr?ghici, posted a message of support for Ukraine two days before his death.

He wrote: ‘I’m Ukrainian too! Let’s all be Ukrainians!’

According to the reports, a man sprinted over toward the flaming wreckage but the fire was too intense for him to enter the vehicle and save the driver.

His vehicle rammed into the gate at about 6am, police said, but did not enter the embassy compound.

Romanian media reported Dr?ghici ‘doused himself in petrol before setting his body on fire’ and accelerating into the Embassy wall.

In a furious Facebook post two days ago, Dr?ghici wrote: ‘I’m Ukrainian too! Let’s all be Ukrainians until this horrible war which threatens all humanity is over!

The places where I was looking for souvenirs was sprayed by rockets fired by Hitler’s clone.’

Dr?ghici was leader of the father’s rights group TATA (Anti-Discrimination Alliance of All Dads).

A city police statement said: ‘This morning, around 06.00, a car left the road and hit the fence of a diplomatic mission.

‘The driver died and the intervention of fellow firefighters was needed to to extinguish the fire manifested in the car.’

He was sentenced yesterday to 15 years in prison for sexually assaulting a minor, but was in the midst of an appeal.

Dr?ghici was under ‘judicial control’ and banned from leaving the country till May 26, 2022, but was able to walk free pending the outcome of his appeal.

The Russian embassy said none of its employees were injured, and expressed condolences to the family of the driver.

They said: ‘We must state with regret that whatever the motives of the driver, there is no doubt that he committed this act under the influence of an explosion of anti-Russian hysteria in connection with a staged provocation in the city of Bucha.’