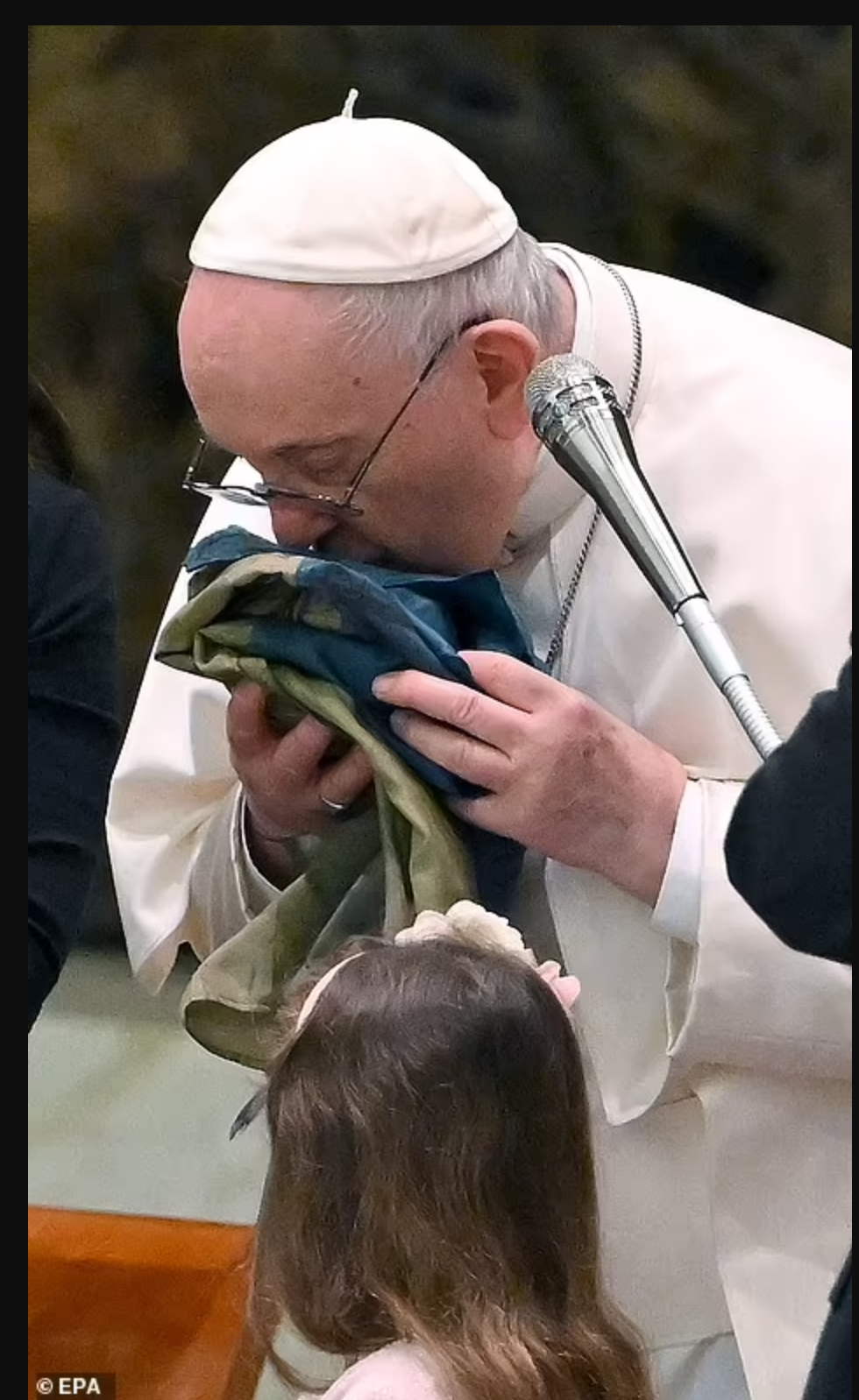 Pope Francis slammed the ‘atrocities’ and ‘ever more horrendous cruelties’ by Russian forces in Ukraine as he prayed with child refugees this morning.

The pontiff also kissed a ragged Ukrainian flag brought from Bucha, the Kyiv suburb where war crimes are alleged to have taken place in recent days.

He said: ‘The recent news about the war in Ukraine, instead of bringing relief and hope, instead attests to new atrocities, such as the Bucha massacre.

‘Ever more horrendous cruelties, also perpetrated against defenceless civilians, women and children. These are victims whose innocent blood cries out to heaven and begs for mercy’, AFP reported.

He also lamented the ‘powerlessness’ of international organisations and said ‘the old history of competing great powers’ has continued despite the hope which followed World War Two.

He pleaded with Putin in March: ‘In the name of God I ask you, stop this massacre.’

Images of what are claimed to be civilian massacres carried out by Russian forces in Bucha before they withdrew have attracted public outcry.

President Zelensky described the targeting of innocent Ukrainians, including women and children, as ‘war crimes’ and ‘genocide’.