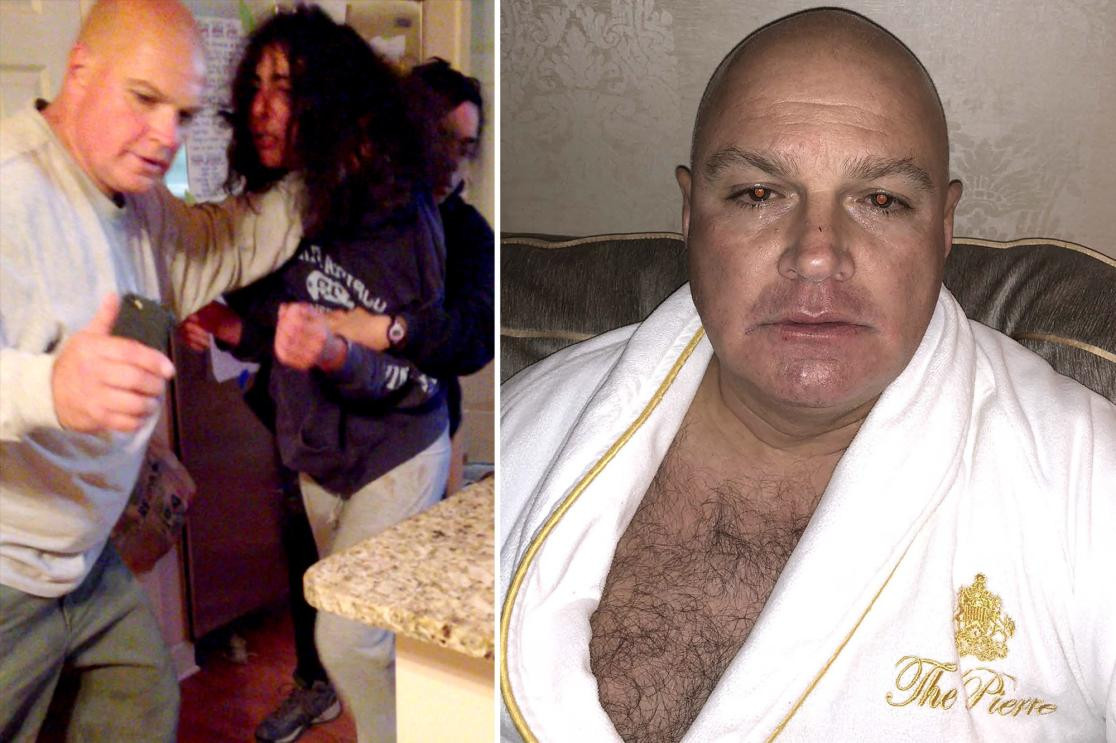 Sex cult leader Larry Ray who ‘forced victims to wear diapers, suck on pacifiers and sleep nude’ after winning their trust as a father figure set to get life imprisonment

Lawrence “Larry” Ray has been found guilty of racketeering, trafficking, forced labor and could face life in prison after he was convicted on Wednesday, April 6.

Lawrence Ray was found guilty of sex trafficking and other crimes for forcing young adults into prostitution or forced labor after winning their trust by posing as a father figure.

Larry started a cult among his daughter Sarah Lawrence’s friends in her college dormitory 12 years ago and engaged in racketeering, sex trafficking and forced labor on his young adult victims, the court said

It took the jury just few hours on Wednesday to convict Ray, 62, on all 15 counts.

In the last decade Larry ran a criminal enterprise in which he brainwashed and abused his victims, extracting free labor and a significant amount of “restitution” money.

The court was shown evidence how Ray took control of a set of his daughter Talia’s college friends after moving into their campus housing in 2010.

One of the victims, Santos Rosario, later brought two of his sisters into the mix; their involvement with Ray devastated the Rosario family financially and psychologically.

Both sisters are Ivy League-educated, but Felicia Rosario, a medical school graduate, dropped out of her residency program at a California hospital to be with Ray and never went back.

She now works as a tutor; her younger sister Yalitza is unemployed.

The three siblings, who were in courton Wednesday to hear the verdict, left the courtroom with prosecutors.

They declined to speak to reporters after.

The court heard how Ray collected blackmail material by routinely filming or taking audio recordings of his victims confessing to non-existent offenses and crimes.

After aome time, he  started to order the young adults to do chores for him and began giving them sexual assignments, including sometimes to have sex with each other.

Claudia Drury, one of his victims, joined his cult aged 19. She testified that she spent four years working as a prostitute in New York hotel rooms, giving about $2.5 million in her earnings directly to Ray.

Also, Santos Rosario worked as a waiter one summer, handing off everything he earned to Ray. He also paid Ray $150,000 in installments, money that he got from his parents, plus another $13,000 he stole from their business.

“When [Ray’s] victims were completely subdued, when they were under his control, he committed crimes to get them to pay — extortion, forced labor, sex trafficking, obstruction of justice, financial crimes,” Assistant U.S. Attorney Mary Bracewell argued .

“The defendant did all of this for control, for his own greed, and to increase his power, to cement his position in the organized group that he led.”

He moved into his daughter’s dorm and targeted her roommates for sex trafficking, prosecutors said.

Prosecutors said Ray captivated his psychologically fragile admirers with tales about his life and the contacts he said he had in government, law enforcement and the military. He once was close with former New York Police Commissioner Bernard Kerik, serving as as best man at Kerik’s wedding.

Ray took credit for sending Kerik to prison on corruption-related charges in 2010.

He told victims that he believed there was a government conspiracy to harm him and that his enemies, including Kerik, were out to get him. He also accused his victims of working with his enemies to poison him, his daughter and others.

Ray’s victims were conditioned to believe they were guilty, and in turn they conceded that they owed Ray favors and a lot of money. They testified that they were scared of going to prison for what Ray told them were crimes, and said he routinely threatened to turn them in.

He is scheduled for sentencing Sept. 16 and faces the possibility of life in prison on his sex trafficking conviction and decades behind bars on the other counts.

Madam Karl the lickkie lickkie, I am in your city show up! – Tonto Dikeh dares Ada Karl for calling her out