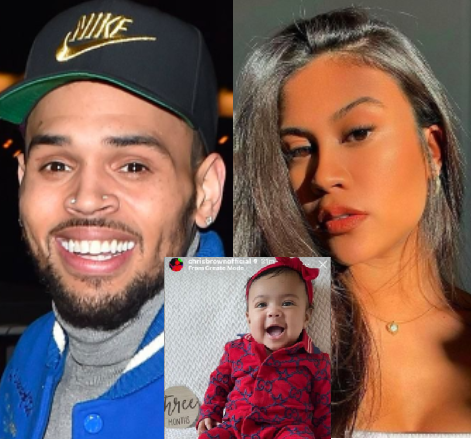 The 32-year-old singer finally admitted that he welcomed a daughter with Diamond Brown back in Jan. 2022.

He acknowledged the baby three months after the model gave birth.

Diamond has been showing Lovely off since she gave birth on January 7 but has never confirmed who the child’s father is despite rumors.

Chris Brown has three children. His first child is Royalty Brown, born May 2014, and her mother is Nia Guzman. His second child, a boy named Aeko Catori Brown, was born in 2019 by Ammika Harris. Lovely is his third child and he shares her with Diamond Brown.

“When I think or hear of a cheating man, I see STDs flying upandan” – Reality star, Tega Dominic says