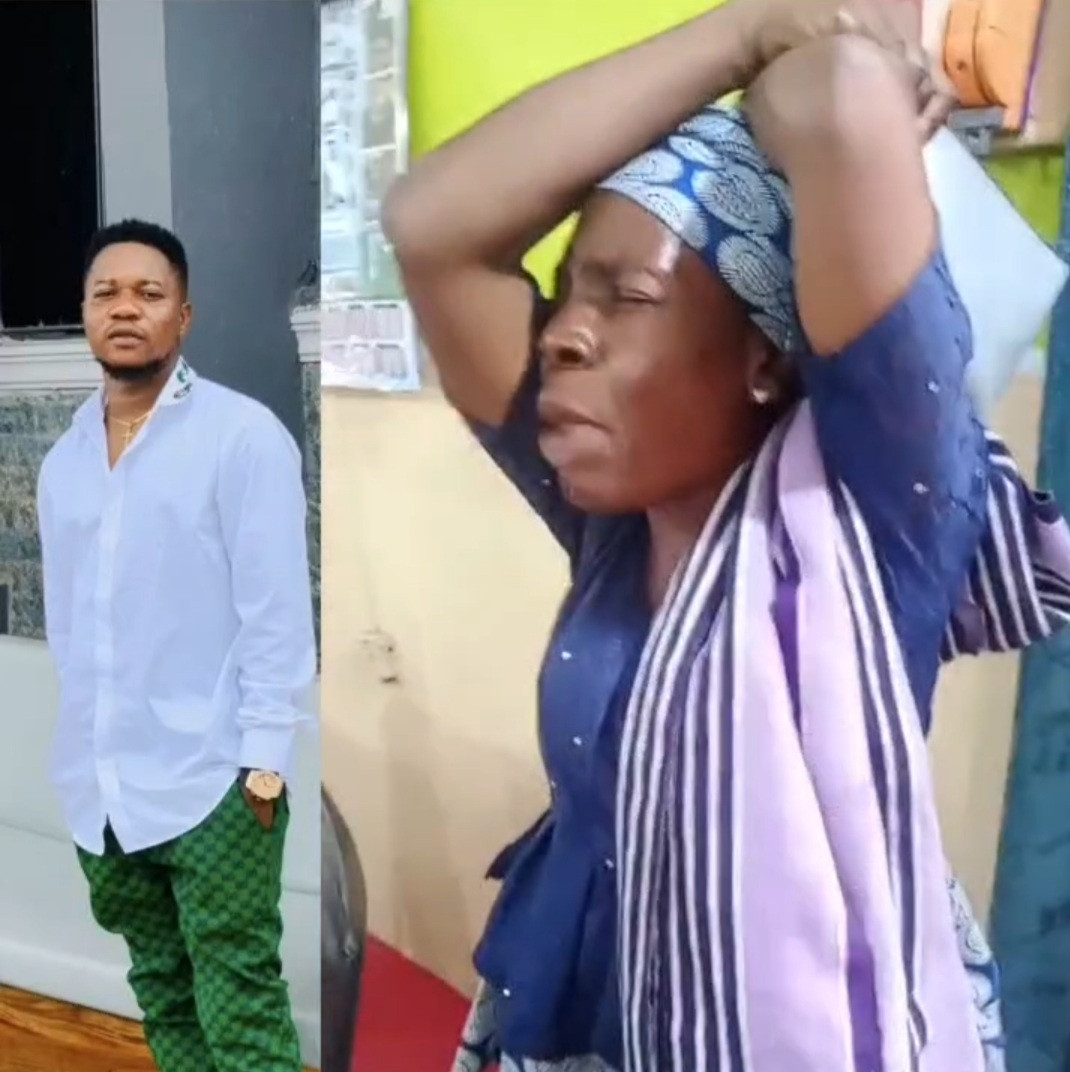 Afolabi Abiola Olamide, who was shot by Osun State police while he was having dinner with his friend, has died.

Abiola’s girlfriend had released a post days ago, asking for her boyfriend (read here).

She revealed that he went to visit a friend named Matthew and while he was having dinner with Matthew and his fiancée, police barged in without a warrant to carry out a raid.

Abiola was shot in the leg and taken away while Matthew and his fiancée were arrested but the fiancée was later released.

Now, the police has released a statement that Abiola is dead and alleged that Abiola, Matthew, and Matthew’s fiancée were caught at the scene of a robbery, leading to Abiola getting shot.

But people are asking questions, like why Matthew’s fiancée was released if indeed they were caught robbing.

Some youths have taken to the Ola-Iya axis of Osogbo, Osun State, to protest the killing of one 27-year-old Abiola.

Family members of Abiola were filmed crying, asking for answers about the killing of the 27-year-old man.

Abiola’s brother is said to be suicidal and has shared several WhatsApp statuses hinting at taking his life.

Swipe to see videos of his family members crying for justice.