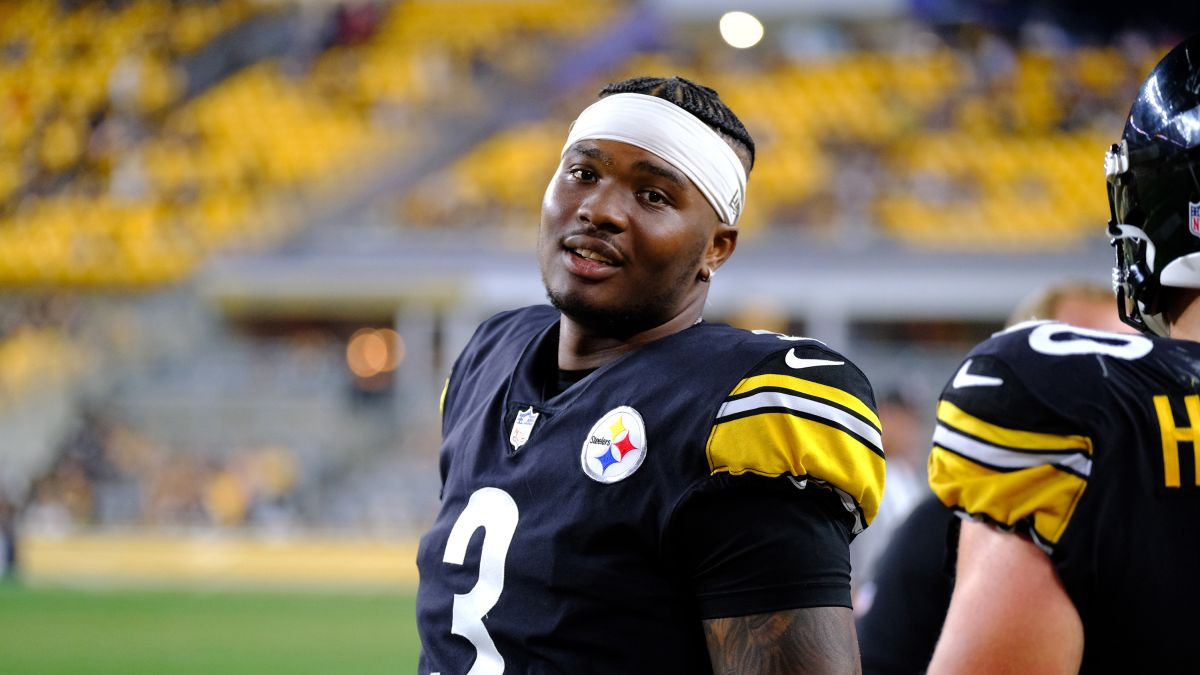 NFL star Dwayne Haskins, 24, dies after being hit by a car in Florida

Haskins, who was set to turn 25 next month, was training with his team in South Florida when the fatal accident occurred early Saturday morning, his agent, Cedric Saunders, confirmed to ESPN’s Adam Schefter.

‘I am devastated and at a loss for words with the unfortunate passing of Dwayne Haskins,’ Tomlin said in a statement confirming his death. ‘He quickly became part of our Steelers family upon his arrival in Pittsburgh and was one of our hardest workers, both on the field and in our community.’

‘Our thoughts and prayers are with his wife, Kalabrya, and his entire family during this difficult time.’

“Dwayne was a young man of great intellect who cared deeply about his loved ones & the world,” Washington Commanders team president Jason Wright wrote in a tweet. “Praying for his wife, parents & all who knew him as we grieve the loss of the man & the impact he was poised to have on society with his unique gifts. May grace cover the sting of death.”

The former Ohio State standout joined Washington in 2019 when the organization selected him 15th overall in the NFL Draft. He started 13 games for the club across two seasons before being released in December 2020. Haskins signed with the Steelers a month later.

‘If late Osinachi had left her husband, no church will call her to minister’ Blessing CEO blasts Nigerians