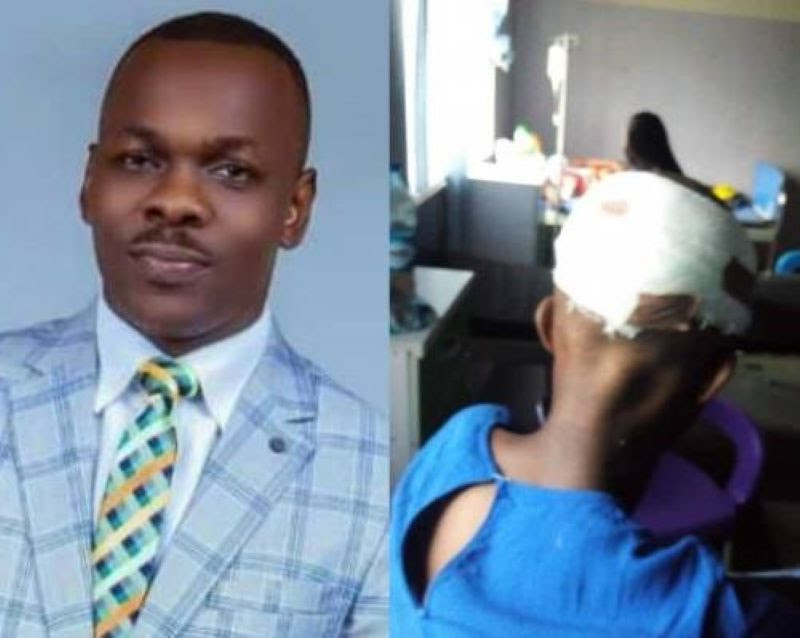 A pastor with Living Faith Church, aka Winners Chapel, in Okuokoko, Uvwie Local Government Area of Delta State, has fled after he allegedly attempted to kill his 17-year-old female house help.

According to SaharaReporters, Pastor Solomon Diya allegedly attacked his house help identified as Favour for using a tin of milk to drink garri.

Pastor Diya is said to have hit Favour on the head several times during the attack.

A member of the church alleged that the pastor and his wife have been known to abuse the house help multiple times.

Speaking on the issue, a Warri-based human rights activist, Israel Joe, condemned the pastor’s action, saying when the issue was brought to his notice he directed that the girl be rushed to the hospital.

“Pastor Solomon Diya has allegedly made attempt on the life of his home help on Tuesday, April 5. The issue was reported and we directed that the girl be rushed to the hospital,” Israel Joe said, according to SaharaReporters.

“The suspect has been invited by the police in Orerokpe but he’s invading arrest and if by Monday (April 11) he refused to turn himself up to the police, we shall obtain a warrant of arrest on him. When did using a tin of milk to drink garri constitute an offence of attempting to kill her?

“Can the pastor treat his own children that way if they also use his tin of milk? The mother of the girl arrived from Imo State today and we shall all ventilate our grievances accordingly. All the neighbours have complained how the pastor and his wife keep maltreating this girl. It will happen no more,” he said.