In the video serving rounds online, the Zazu Zeh star who was in the company of some men and the lady, said he is interested in the lady and he prefers her to the other ladies he was “given” before.

One of the men objected to his request to take the lady along but when the lady who seemed to be in awe of the singer, was asked what she wanted, she gladly nodded at Portable’s request and followed him. 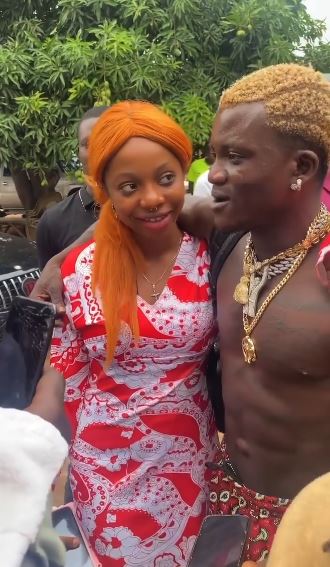 Reacting, Ogbolor took to his Instastories to express disgust at the lady’s reaction at the sight of the singer and averred that that is how prostitution starts.

He added that parents have a lot of work to do in raising their offspring right, especially their female children.

“I watched this in disgust as this little girl just looks star struck and agreed to follow portable. Why? Popularity? Na so olosho work start o.
What am I even saying?
Most of diz girls are already gone.
But yo!!! Omo!!! Parents, there is work o.” 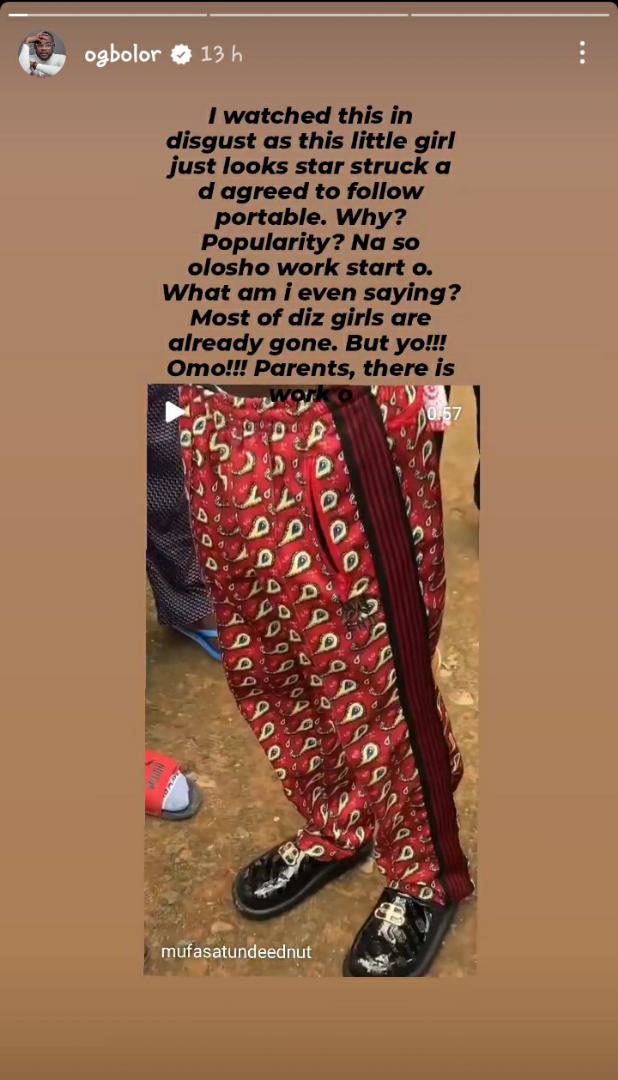 Champions League: It will be almost impossible for Chelsea to beat Real Madrid – Tuchel