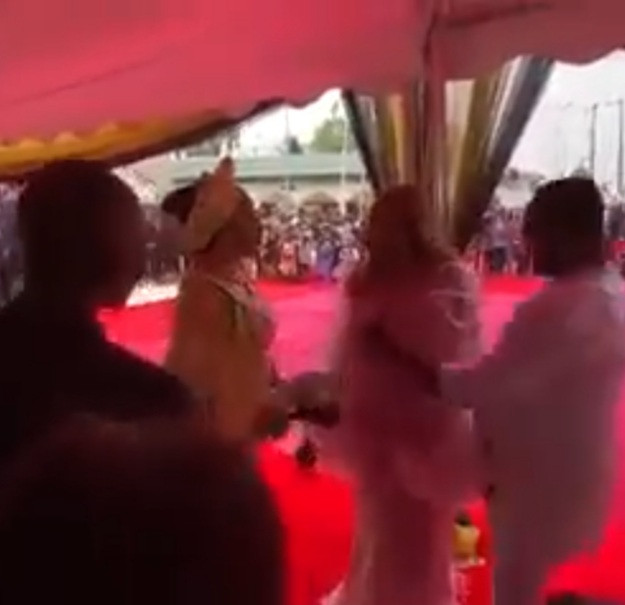 A new video has emerged showing everything that happened in March when former Anambra First Lady, Mrs Obiano, and Bianca Ojukwu, fought at the inauguration ceremony for Anambra state governor,  Charles Soludo.

Last month, video emerged showing Bianca Ojukwu and Mrs Obiano being separated as they got physical at the inauguration.

After the video went viral, both women released statements about what transpired.

Mrs Ojukwu said she was sitting when Mrs Obiano walked up to her and began poking her and she reeked of alcohol, so she got up and slapped her.

Mrs Obiano claimed she just went over to greet Mrs Ojukwu and Mrs Ojukwu responded to her greeting by slapping her without provocation.

But a new video has now emerged showing what really happened and corroborating Mrs Ojukwu’s story.

In this new video, Mrs Obiano is seen walking over to Bianca’s seat before hitting Bianca on her gele.  Bianca then stands and hits her back.