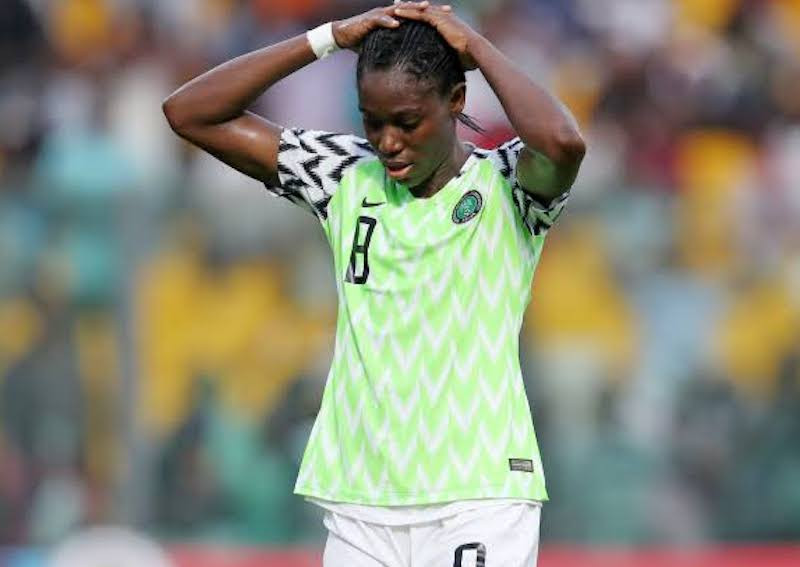 An insider within the NFF told TheCable that the top bosses of the federation made the decision after considering Oshoala’s recent inability to replicate her club form in the colours of Falcons where she last scored in February 2021 against Equatorial Guinea.

The source said it was adjudged that the captain band is “weighing her down,” hence her below-par performance for the national team.

The publication said the four-time African footballer of the year was also said to have made demands that the senior officials at the NFF found excessive.

“The past seven games that she played for Nigeria, despite the fact that she was scoring goals for Barcelona, she didn’t score a single goal for us. Not only that, her performance was awful in each of those games,” the insider told TheCable.

“This development made the powers feel like that captain band is weighing her down, because if you’re doing well for your club you can’t replicate it for your country, then there must be something wrong.

Asisat Oshoala, 27, became the team’s captain in 2019 after Desire Oparanozie was stripped of the position over alleged dissent in the wake of the 2019 FIFA Women’s World Cup.

She recently failed to make the 25-member squad named for the two-legged international friendly matches against Canada because she is recuperating from a knee injury.

Onome Ebi captained the team for the first leg of the encounter on Saturday night.

Woman develops a 5cm-long ‘HORN’ on her breast

“Divorce is not allowed under any condition, but it is better to be alive and there is no marriage than to die because of marriage” – Pastor Paul Enenche (video)