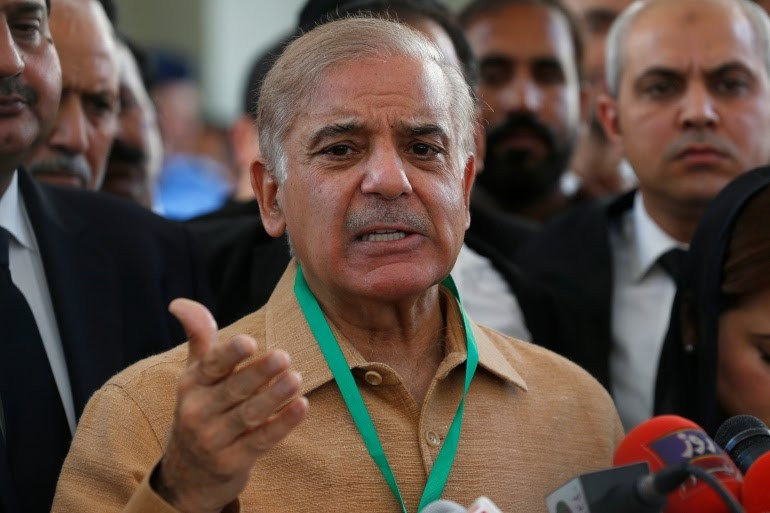 Pakistan lawmakers on Monday, April 11, elected Shehbaz Sharif unopposed as the country’s new prime minister following the ouster of Imran Khan over the weekend, who resigned his national assembly seat ahead of the vote.

Sharif, 70, led an opposition alliance that on Sunday, April 10, forced a no-confidence vote on Khan through the national assembly following weeks of political turmoil in the nation of 220 million people.

After being formally sworn in, Sharif’s first task will be to form a cabinet drawn from the centrist Pakistan Muslim League-N party, the centre-left Pakistan Peoples Party, and the smaller conservative Jamiat-ulema-e-Islam-F (JUI-F) group.

Shehbaz Sharif is the younger brother of disgraced three-time prime minister Nawaz Sharif, who has been in  exile in Britain.

Nawaz Sharif was dismissed in 2017 and later jailed for 10 years by an accountability court on graft charges after revelations from the Panama Papers, but was released to seek medical treatment abroad.

Former prime minister Khan insists he has been the victim of a “regime change” conspiracy involving Washington and has vowed to take his fight to the streets in the hope of forcing an early election.

No prime minister has ever served a full term in Pakistan, but Khan is the first to lose office via a vote of no-confidence.