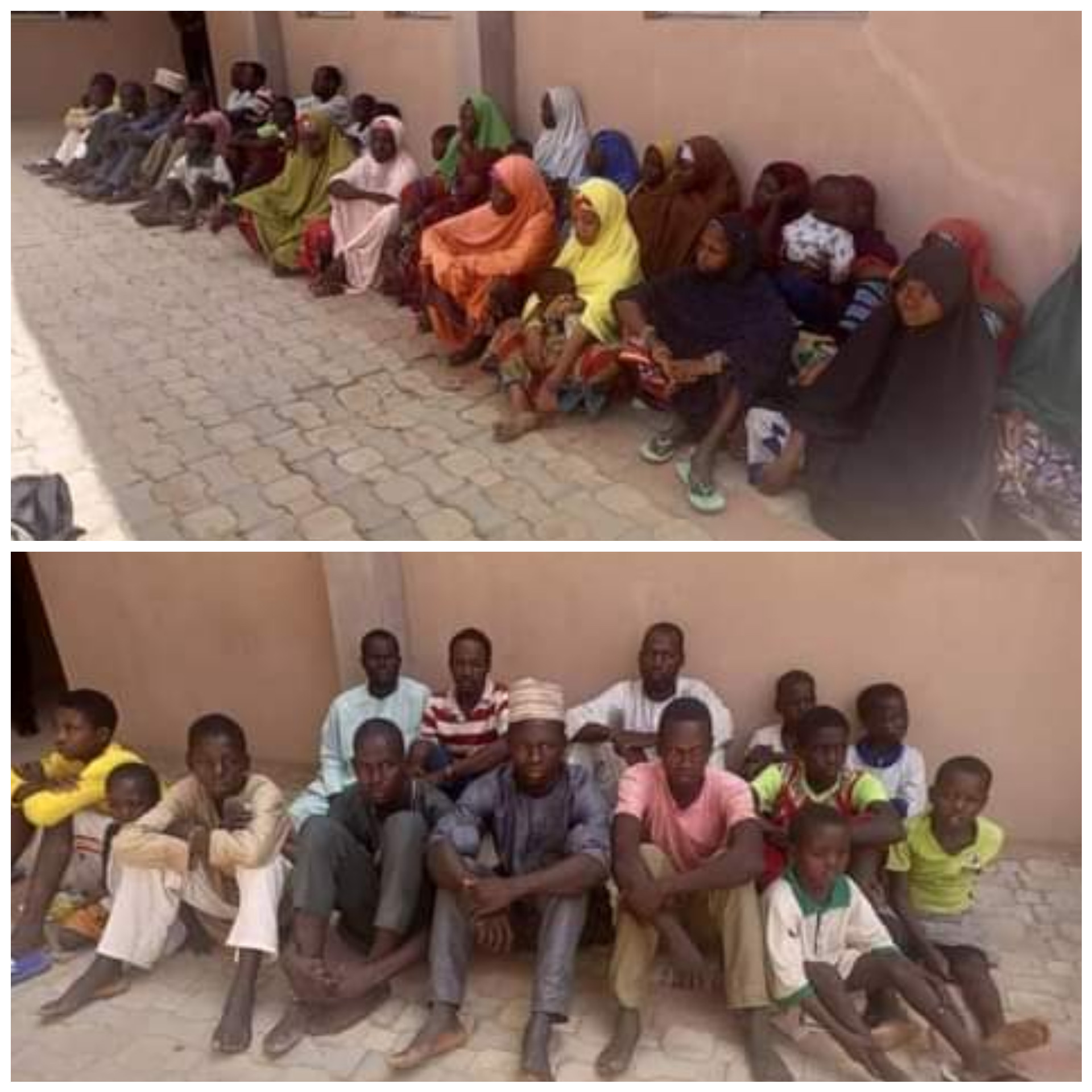 The victims were abducted in March and April 2022 from various villages in Bungudu and Maru local government areas of the state.

The victims including eight men, fifteen female, sixteen children and nursing mothers, were rescued by the police tactical operatives Dabar Magaji camp of Kadanya forest in the local government areas.

Addressing newsmen in Gusau on Monday, April 11, the Commissioner of Police in the state, Ayuba Elkanah said the successes were recorded following search and rescue operation by troops of the command.

Some of the victims look unhealthy due to the stress they passed through while in the hands of their abductors.

According to the CP, the command arrested 10 suspects, including a car thief and four members of the outlawed group (Yan Sakai), for various offences.

Three persons were also arrested in connection with the abduction of two persons in Fakon Idi area of Talata Mafara Local Government.

Items recovered from them include locally fabricated guns, vehicles, motorcycles, and other exhibits.