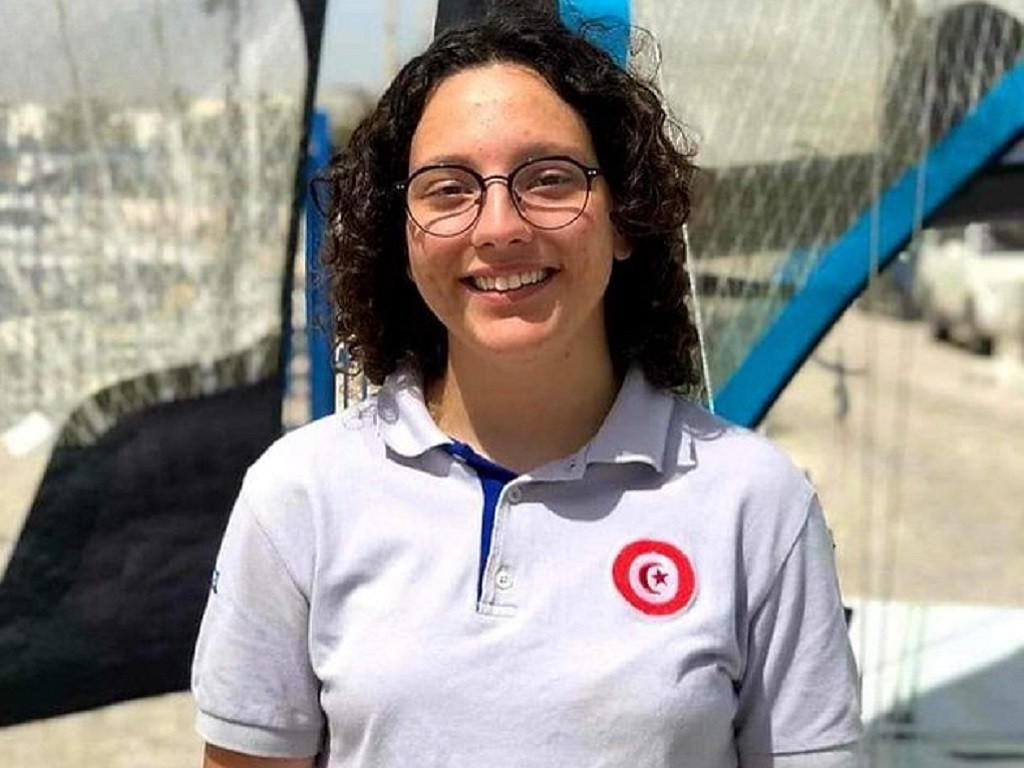 Tokyo Olympics sailor, Eya Guezguez, dies at 17 after her sailboat sank while training at sea with her twin sister

Tunisian sailor, Eya Guezguez has tragically died while training at sea with her twin sister Sarra.

The 17-year-old, who competed at the 2020 Tokyo Olympics at the age of 16, passed away on Sunday following an accident where the vessel capsized due to the wind.

Her sister, who competed alongside her in the sailing tournament at Tokyo 2020 Games last summer, survived the tragic sinking.

Her passing was first reported by Tunisian journalist Souhail Khmira, who tweeted: ‘Eya Guezguez, Tunisian Olympic Windsurfer, has passed away today after an accident at practice. May she Rest In Peace.

‘We extend our condolences to her family and love ones.’

‘Eya, was with her twin sister, the youngest Olympian at Tokyo 2021.’

According to reports, the Guezguez sisters finished in 21st place in the 49er FX event but were planning to compete at future Olympic Games and improve on their debut performance after arriving in Tokyo as their nation’s youngest athletes.