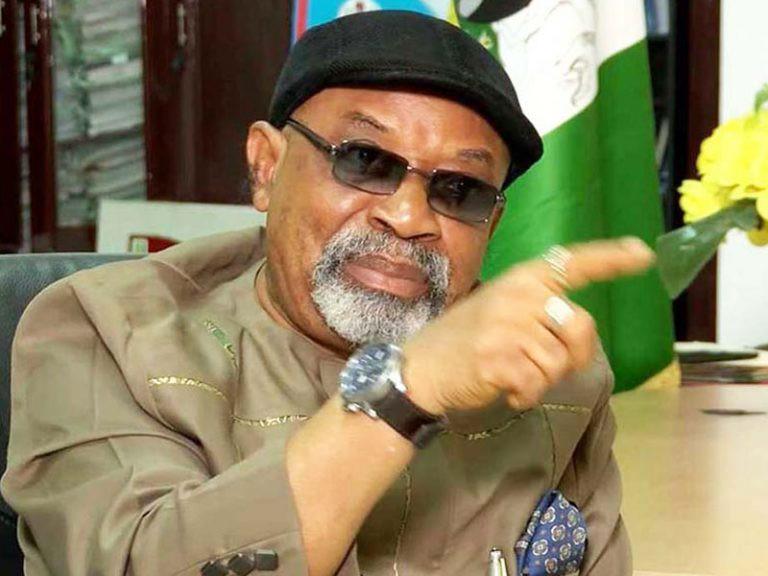 Minister of labour and employment, Chris Ngige has said that he’s tired of the Academic Staff Union of Universities (ASUU) going on a strike each time there’s a disagreement with the Federal Government.

Speaking after a meeting with members of the government’s team on the 2009 Federal Government/University-based Unions’ Agreement Renegotiation Committee, led by its Chairman, Prof. Nimi Briggs, Ngige stated that he’s not the Minister of Education and cannot go to the Education Minister and dictate to him how to run his place.

He reiterated that the Federal Government remains committed to the renegotiation of the conditions of service for all workers in public universities across the country, adding that the Nigerian university system produced him and he remains proud of it.

The statement released by his Head of Press and Public Relations, Patience Onuobia, read;

“I started pushing to see that things were done. What the Munzali Committee came up with is a proposal. Both Munzali and ASUU did not sign. At our last meeting in February, before ASUU proceeded on strike, we said everyone should go back to his principal.

“I asked the Education Minister several times what they had done with the document. We later got information on areas of disagreement. There is nothing wrong with that. It is bound to happen. I told ASUU to put up a committee; they said the Munzali Committee had expired.

“As a conciliator, I have to make use of the labour instruments at my disposal. The bosses in the Federal Ministry of Education do not feel the strike. There are things that are above me.

“I am not the Minister of Education. I cannot go to the Education Minister and dictate to him how to run his place. But I told ASUU that they should be bombarding the Federal Ministry of Education for this to be moved forward.

“There are many ways to do so. If you go to the Labour Act, there is something called picketing. You can picket. A strike is an ultimate thing. Picketing means that you can stay in the corridor, clapping or singing. Workers are permitted to do so. But I am tired that every time there is a disagreement, it is a strike.

“And the bosses in the Federal Ministry of Education don’t feel the strike. It is the children and some of us, as parents that have our children in public schools.

“When we went to universities here, I knew the course content and as a medical doctor, the doctors we trained here are better than the ones trained abroad. That is one of the counsels I gave to my children. You can do your first degree. One got admission in Ghana, I said no. Others got in Canada and the UK, but I refused.

“If anybody is interested in the welfare of workers in Nigerian universities, I am number one. I told my colleagues that what university professors showed us here as their salaries is unacceptable.”