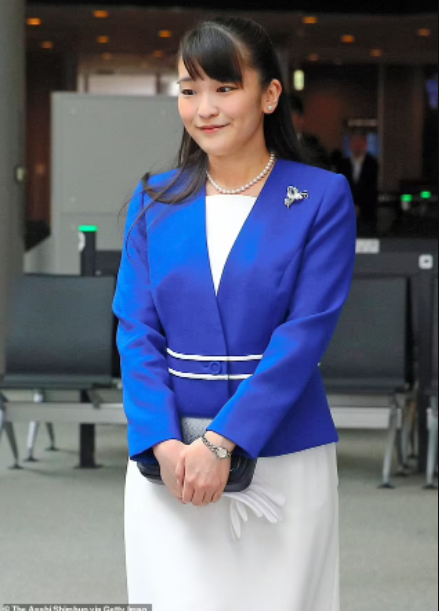 Japan’s former Princess Mako is now reportedly an unpaid volunteer at New York’s Metropolitan Museum of Art after giving up her titles and a $1.3 million payout to marry her ‘commoner’ college boyfriend.

Mako Komuro, 30, is working in the iconic museum’s Asian art collection, helping to put together an exhibit of paintings inspired by the life of a 13th-century monk who introduced Buddhism in Japan, according to the Japan Times.

The Upper East Side museum is a 10-minute drive from the luxury one-bedroom apartment in Hell’s Kitchen that she shares with her husband and aspiring lawyer, Kei Komuro, 30.

The couple were engaged for eight years before tying the knot last October in a small civil ceremony in Tokyo.

In Japan, only male members of the Japanese imperial family are allowed to wed non-royals,  but Mako’s decision to marry for love means that she is no longer considered a princess and her future sons will not be in the line of succession for the emperorship.

Mako and Kei met in 2013 when they were both studying at the International Christian University outside Tokyo, where she studied art and cultural heritage. She went on to work as a special researcher at Tokyo’s University Museum.

‘She’s qualified and probably handling pieces in the collection. In general, it’s work which requires a great deal of preparation and often means spending a lot of time in the library,’ a former Met curator said of her new gig.

Mako is the daughter of Crown Prince Fumihito and niece of reigning Japanese Emperor Naruhito.

“I am not a crossdresser, I am a drag queen!” – James Brown declares after reps move to introduce crossdressers bill that will punish offenders with 6 months jailtime