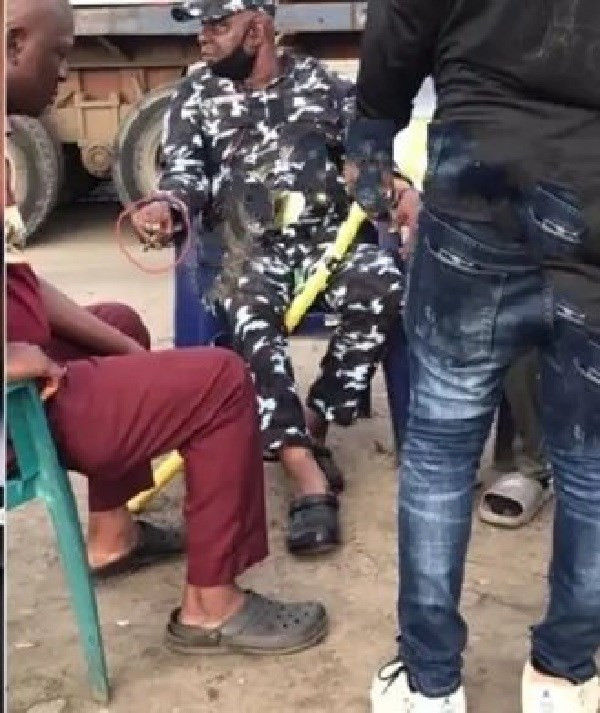 The Lagos State Police Command has arrested the police officer in a viral picture smoking weed at the Ijora area of Lagos State.

A statement released by DSP Benjamin Hundeyin gave the name of the erring officer as ASP Babatunde Adebayo serving at Shogunle Divison of the command.

Hundeyin mentioned that the state Commissioner of Police, CP Abiodun Alabi, has directed the immediate commencement of appropriate disciplinary measures commensurate with his rank.

He added that the police boss has equally warned officers and men of the Command to stay clear of all unprofessional and unethical conduct as any officer found guilty of these acts will be severely sanctioned.