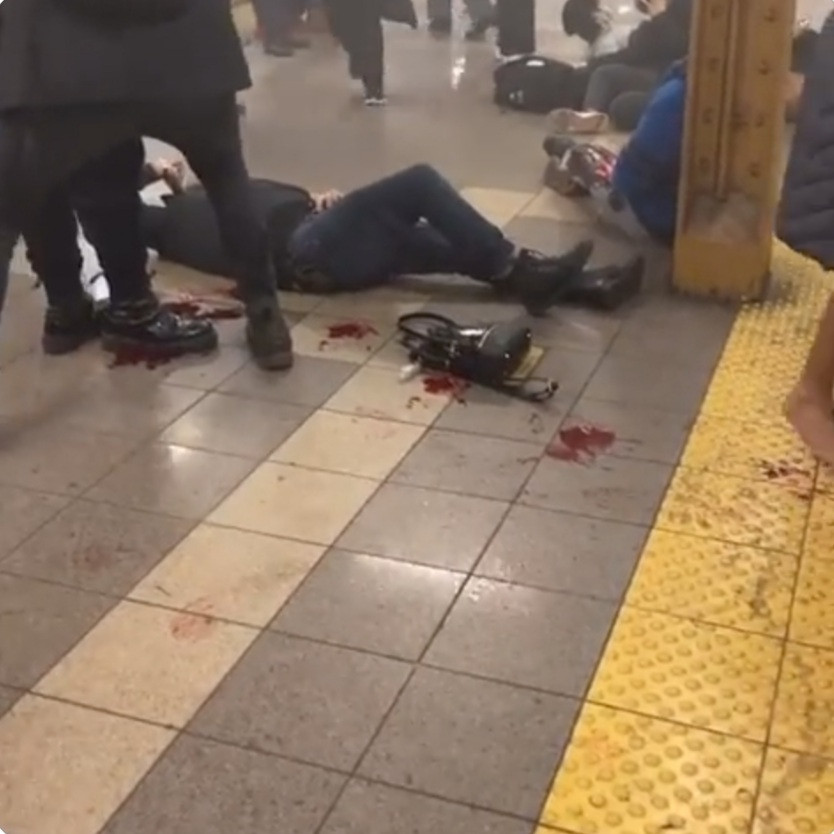 Multiple people have been shot at a busy Brooklyn subway station in New York City, the city fire department said.

Fire personnel responded to reports of smoke at the 36th Street station in Sunset Park in Brooklyn. They found several bloodied passengers lying on the floor of the station when they arrived at the scene.

New York City police and members of the NYPD Bomb Squad said they were responding to reports of people wounded either by gunfire or an explosion.

Six people are believed to have been injured.

NYPD News tweeted: “Due to an investigation, avoid the area of 36th Street and 4th Avenue area in Brooklyn. Expect emergency vehicles and delays in the surrounding area.

“In regard to the multiple people shot at the 36th Street subway station in Brooklyn, there are NO active explosive devices at this time.”

Witnesses claim the gunman was wearing a gasmask and an orange construction vest.

The man was spotted throwing a device in the Brooklyn subway station and then open fired, police told NBC New York.

Photos from the scene showed people bleeding on the floor.

GRAPHIC VIDEO: This is the scene at a New York City subway station in Brooklyn after 6 people shot and explosives found pic.twitter.com/DXosJRlpkC