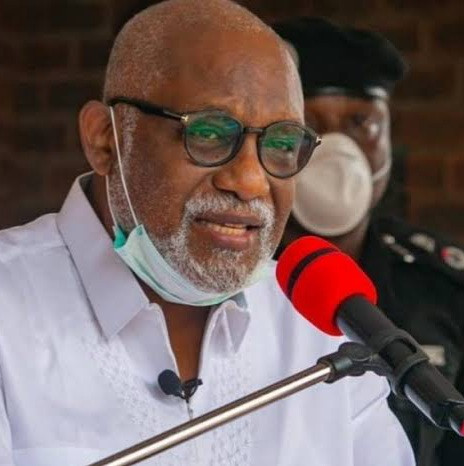 Ondo Governor, Akeredolu asks political appointees in his cabinet who intend to contest election in 2023 to resign within 48 hours

Ondo State Governor, Oluwarotimi Akeredolu has asked political appointees in his cabinet with ambitions to contest in the 2023 general elections to tender their resignation within the next 48 hours.

He said this is based on the guidelines of the amended Electoral bill signed into law by the FG.

The instruction was contained in a memo, dated April 11, 2022, and signed by the Secretary to the State Government, Princess Oladunni Odu.

The memo reads: “As you are aware, the President of the Federal Republic of Nigeria, His Excellency, Muhammadu Buhari has signed the amended Electoral bill Into Law and the Independent National Electoral Commission (INEC) has released guidelines on the conduct of the impending general elections thereby signalling the commencement of intense political activities both at the Federal and State levels:

“Consequently and in line with the provision of section 84 (12) of the electoral act, 2022, political and public office holders desirous of participating in the political process either as a contestant for elective positions or as delegates should resign their appointments on or before Thursday, 14th April 2022.

“This is for your information and strict compliance, please.”

A number of serving commissioners and aides of the governor have indicated interest in some elective positions, ranging from the state House of Assembly to the Senate.