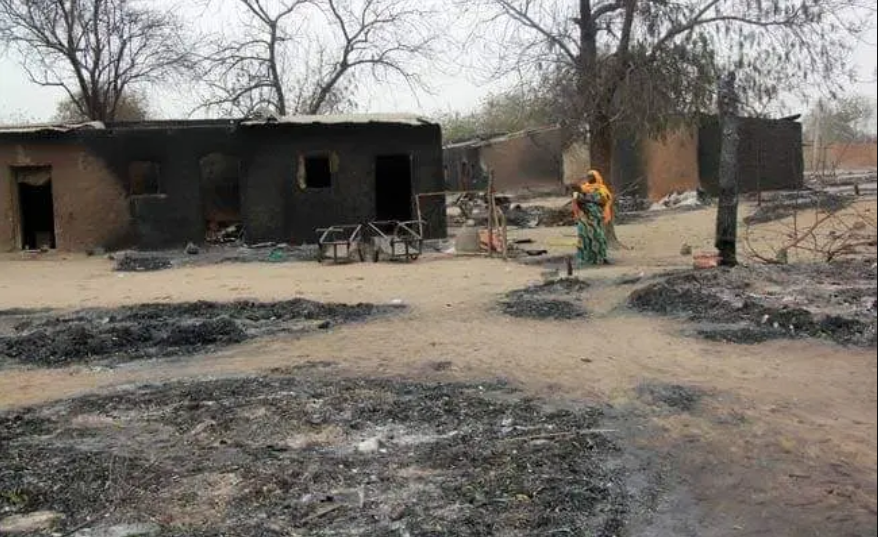 ‘Over 50’ corpses recovered and 100 houses torched

Residents have disclosed that over 50 dead bodies have been recovered in villages of Kanam Local Government Area of Plateau State.

Bandits were said to have attacked Kukawa, Gyanbahu, Dungur and Keram villages on Sunday April 10, killing many and also burning over 100 houses.

“The Command is aware of the attack; policemen have been drafted to the area.

“I am yet to get detailed information about the number of those killed and houses burnt. I will update the press as soon as I get it.”

Adam Musa, a resident of Kukawa, one of the affected villages, told Daily Trust that 24 corpses were recovered in Kukawa, 15 in Gyanbahu, 8 in Dungur and 4 in Keram villages.

Musa also said those who sustained injuries were referred to different hospitals, including Dangi General Hospital in Kanam LGA of the State for treatment.

He added that as soon as all the bodies are recovered, they would be given mass burial.

Young man kills his girlfriend in Lagos, sleeps with her corpse for six days in line with native doctor’s directive

7 Songs you shouldn’t miss this week