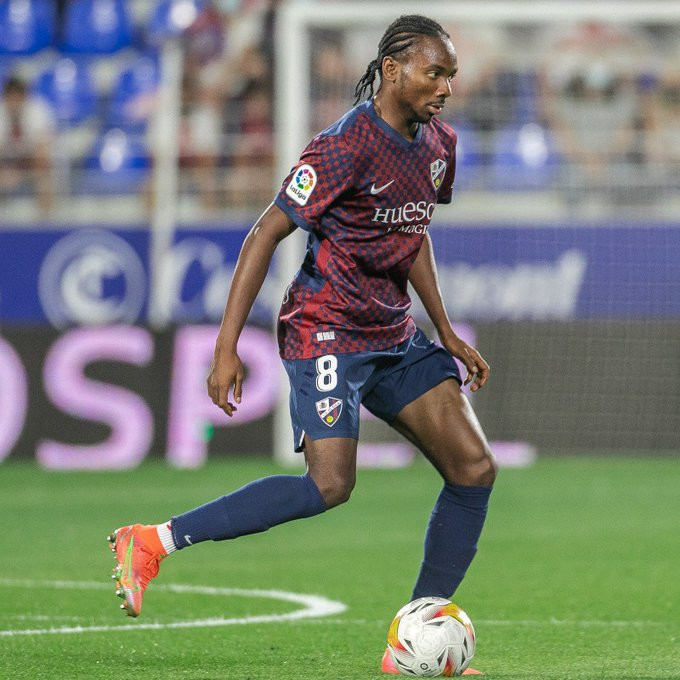 Super Eagles midfielder,  Kelechi Nwakali wants to a make return to the Premier League after his controversial exit from Huesca.

Earlier this month, Nwakali became a free agent after the Spanish club announced that his contract had been terminated without giving any reason for the termination.

Reacting to his termination, Nwakali released a statement, where he accused the club’s Sporting Director, Ruben Garcia of being the brain behind the termination.

He also claimed that his issues with the club started after he was invited to the Super Eagles squad for the Africa Cup of Nations in Cameroon, but Garcia asked him to turn down the invitation as it was ‘not an important tournament’

Nwakali also accused the club of “abusing its power to bully me into signing a new contract.”

The footballer has already headed to the Spanish labour courts to challenge his dismisssal and will be represented by AFE (Spanish Player’s Union).

However, the former Arsenal player, who was on the radar of Watford last summer before the Hornets went for other options, is looking at making a return to the Premier League, according to Complete Sport.

“He’s mine and I’ll stick by him” – BBNaija star, Khafi says after her husband, Gedoni, shaved off his beards for the first time in 17 years

2023: Osinbajo will never be president, he will be implicated – Primate Ayodele