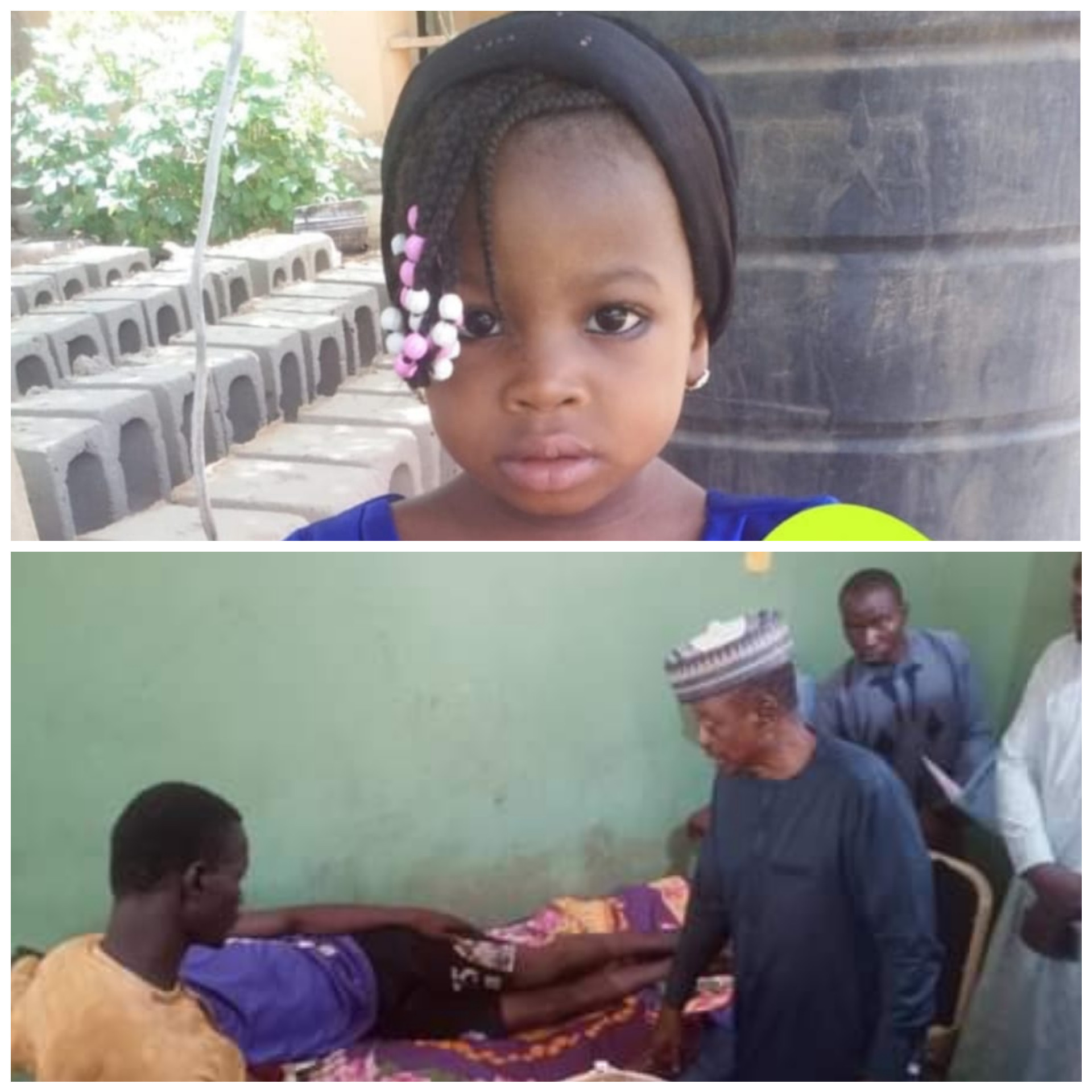 The Deputy Governor of Kebbi State, Sama’ila Yombe Dabai, has condemned the cold-blooded murder of a woman and her 5-year-old daughter in Birnin Kebbi.

The 25-year-old housewife, Malama Sadiyya Idris and her daughter, Amina, were macheted to death by unknown assailants at their residence along Labana Rice Mill, Birnin Kebbi on Sunday, April 10.

The elder sister to the late Sadiyya described her as an enduring and calm person who understood how to manage her marital issues without reporting to third party including her relatives.

She narrated that Sadiyya’s husband, Malam Akilu Altine, a tailor by profession, left his house for work at about 1:am and the incident happened around 4am.

On hearing the sad news of his wife and daughter’s killing, Akilu collapsed and was rushed to Sir Yahaya Memorial Hospital in Birnin Kebbi.

The Deputy Governor, who visited family of the victims on Monday, April 11, said security agencies will launch an investigation into the matter with the intent of nabbing the culprits and bring them to book.

Dr. Dabai was also at the hospital on a sympathy visit to the Malam Akilu Altine, who is receiving medical attention.

The Deputy Governor prayed to Allah to grant the souls of the departed to have eternal rest while appealing to members of the public to pray to Allah for quick intervention as well as apprehending of the offenders.

Addressing government officials during the condolence visit, father of the deceased woman, Malam Idris, said, “when I and my relatives came we saw our daughter and our granddaughter in a pool of blood, lifeless, nothing was missing and no traces of the murderers, we want justice for our gruesomely murdered daughter”

He said the sad news reached him around 5 am that some unknown assailants have invaded his daughter’s matrimonial home and mercilessly matcheted her and her child to death.

“He’s mine and I’ll stick by him” – BBNaija star, Khafi says after her husband, Gedoni, shaved off his beards for the first time in 17 years