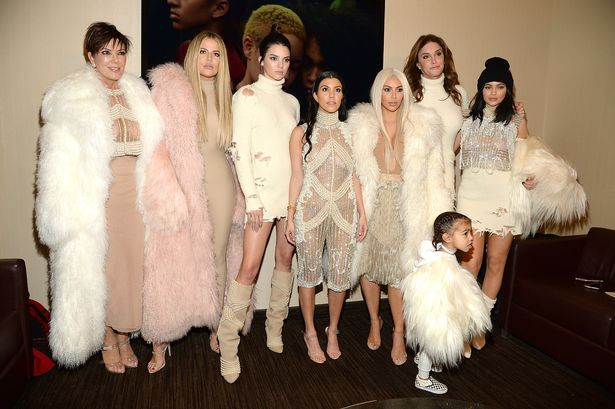 I couldn’t afford gas while the family made millions

Jessica DeFino, a former employee for the now-defunct Kardashian-Jenner official apps has served a blunt response to Kim Kardashian’s infamous “get your f – -king ass up and work” career advice.

Jessica DeFino documented her experience working as an assistant editor on the Kardashian-Jenner Official Apps between 2015 and 2016 in an explosive tell-all.

Recalling her time working for the billionaire family to VICE, the writer claims that despite American’s most famous family possessing unimaginable wealth, she was paid just $35,000 per year.

She stated that her wages were “low and laughable in LA, especially considering my experience”, explaining how after tax, she would take home just enough to cover rent and utility bills.

32-year-old DeFino first blasted the reality show royals back in March after Kim Kardashian boldly declared: “I have the best advice for women in business.”

“Get your f – – king ass up and work,” Kardashian said. “It seems like nobody wants to work these days,” she added in the now-viral video shared by Variety, which was subsequently mocked online. DeFino was one of the women who chastised the superstar for her tone-deaf comments.

“I worked days nights & weekends, could only afford groceries from the 99 Cents Only Store, called out ‘sick’ more than once bc I couldn’t put gas in my car to get to the office, & was reprimanded for freelancing on the side.”

The scathing tweet quickly went viral, racking up more than 600,000 likes. Now, in a scathing new piece — titled “I Worked My Ass Off for the Kardashian-Jenner Apps. I Couldn’t Afford Gas” — for Vice, DeFino elaborates on her experience, and has spoken with other employees of a Kardashian enterprise who similarly claim they were overworked and underpaid.

DeFino was an employee of Whalerock Industries, the digital media company the Kardashian-Jenner clan brought on in May 2015 to create their apps. Each sister launched an app featuring exclusive content for paying subscribers, with the venture reportedly netting them millions of dollars before they shut down in 2019.

“When I read Kardashian’s original quote about women not working hard, I thought of the labor I put into launching the Kardashian Jenner Official Apps—days, nights, holidays, weekends, whenever and wherever I was needed.

“I wasn’t alone. I spoke to two former employees who worked on the apps and two former employees of KKW Beauty, Kim Kardashian’s cosmetics line, all of whom described an environment of overwork at the expense of their mental and sometimes physical health, as well as their career advancement.”

DeFino who declared in the piece that she made an annual salary of $35,000, added that she ended up with just over $600 per week in her bank account after taxes. The amount barely covered the costs of food, rent, bills and gas.

In the article, DeFino recalls one time where she could only afford to put $4 worth of gas in her car, which wasn’t enough to get her from the office to her home.

“I panicked, slapped at the steering wheel, and screamed. And then I cried,” she wrote of the traumatic experience, which took place back in 2015.

DeFino doesn’t hold back from blasting the work culture at Whalerock, saying she was “called into a manager’s office and reprimanded” after higher-ups found out she was writing freelance articles on the side in order to supplement her meager income.

She also alleges that staffers confronted her when they found out she was applying for other jobs.

“The company seemed to be surveilling all possible paths to a liveable income, from freelancing to finding a new job. I felt manipulated and monitored, paranoid and trapped,” DeFino wrote in the piece.

Elsewhere in her explosive tell-all, Jessica recalls being awarded a free sample of Crème de la Mer after winning Employee of The Week on one occasion.

Jennifer Chan, who joined the Kardashian-Jenner apps as a senior editor in July 2015, also shares her experience in the article, claiming she once had to spend the night in the office ahead of the apps launching at 3am in September 2015.

“We had to sleep overnight [in the office] to make sure. I think it was a Sunday, too. We just spent the night.”

The publication also states “the sisters were likely unaware of what the people behind their apps were paid.”

One of the Vice interviewees  who did not wish to use her real name stated: “I worked all the time. I did not sleep enough. I was drinking alcohol — way too much alcohol — to deal with the stress. I became physically unwell. My hair was falling out.”

DeFino also alleges she suffered health issues due to work and financial stress at Whalerock, saying she fell into a “deep depression.”

She eventually left the company in 2016 after working there for one year and three months. The Kardashian-Jenner apps eventually shuttered in 2019.

Two other women who previously worked for Kim Kardashian’s cosmetics brand, KKW Beauty, say they experienced similar levels of overwork and underpay. One of the employee claimed that the Kardashian-Jenners viewed themselves as “the royal family of America” and thought that employees would “take any pay” to work with them.