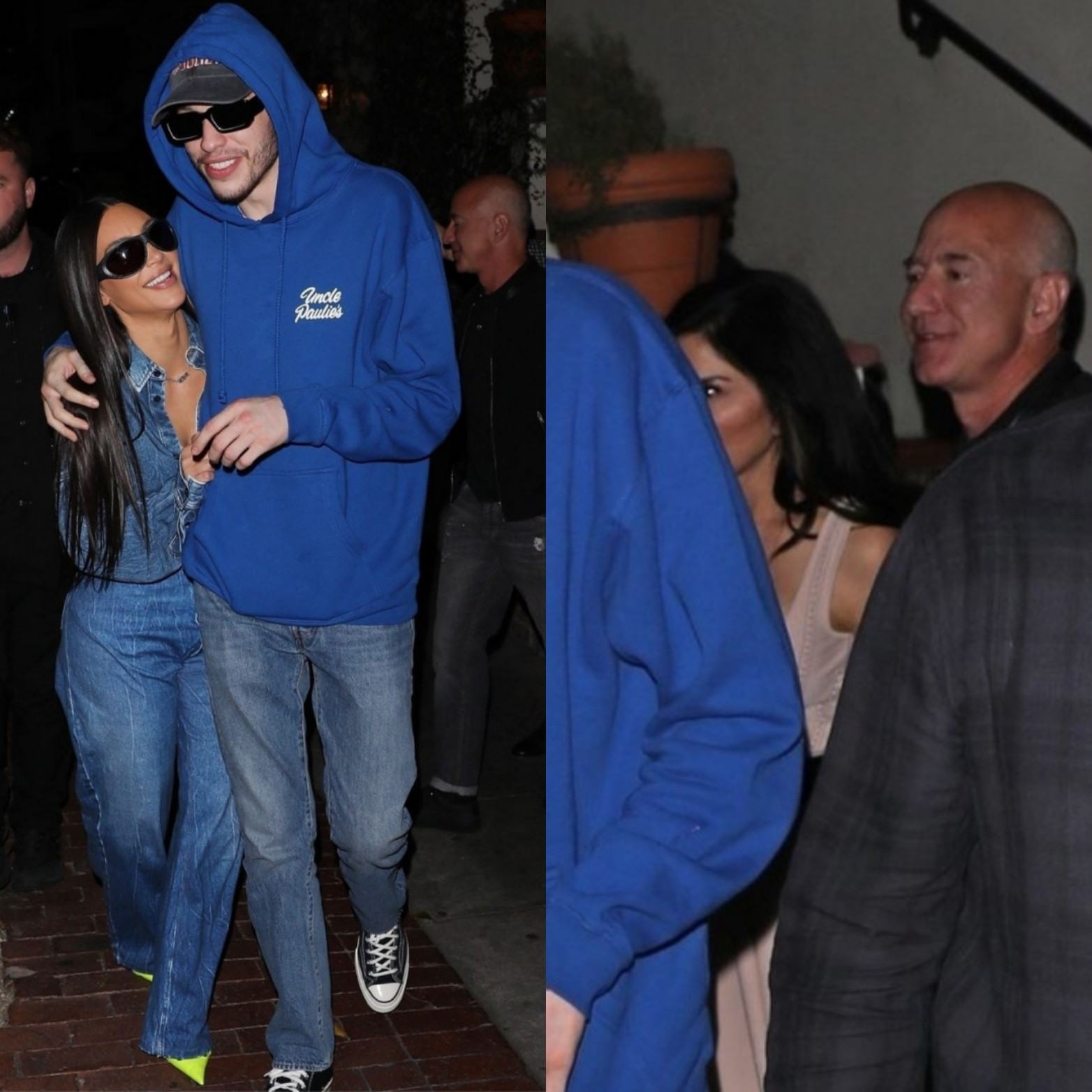 Kim Kardashian and Pete Davidson recently stepped out for a double date with Jeff Bezos and his girlfriend, Lauren Sanchez, in Los Angeles.

The date night took place on April 10 at the A.O.C restaurant in West Hollywood.

According to an eyewitness, Kim and Pete looked more smitten than ever.

“Kim and Pete arrived in her Maybach, while Lauren and Jeff had a driver drop them off,” the eyewitness tells E! News. “The foursome dined together for over three hours. They emerged all together, with Kim and Pete leading the way.”

The eyewitness added, “Kim and Pete couldn’t have looked any happier. Kim was giggling and cuddling up to Pete. She whispered something in his ear and they both laughed. They wrapped their arms around each other all the way to the car. Pete opened the door for Kim and made sure she got in safely.”

Pete was originally set to join Jeff’s Blue Origin flight to space in late March, but the company then announced that the comedian wouldn’t be on aboard, although no specific reason was given.