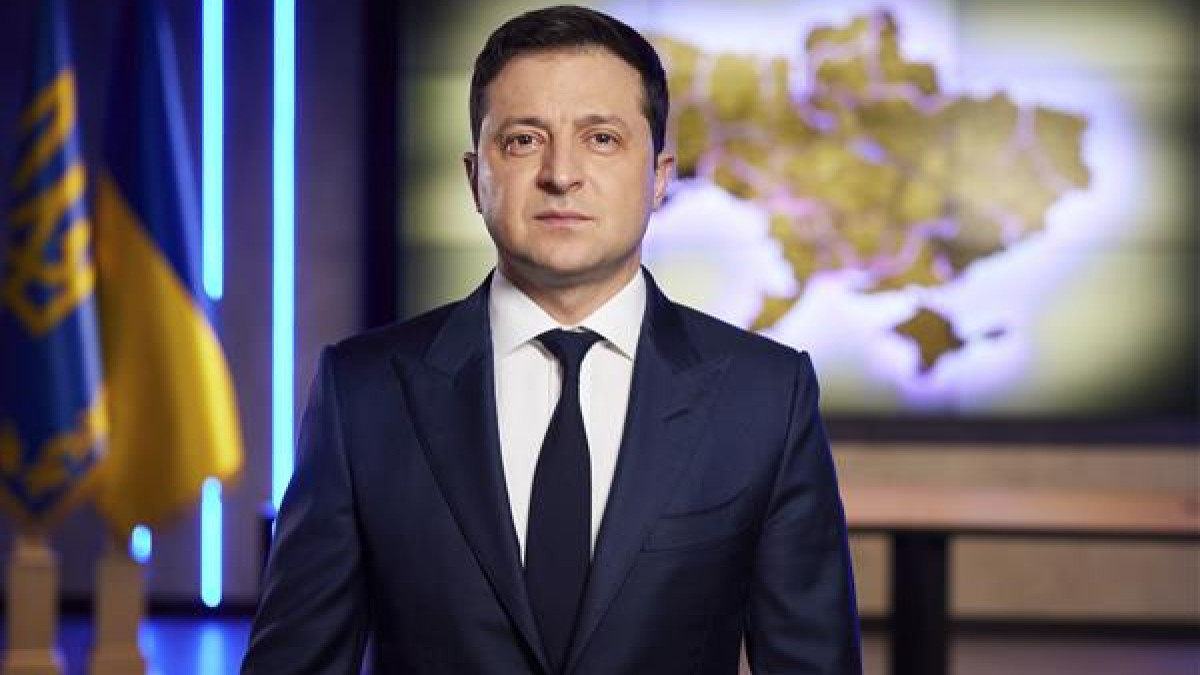 Ukrainian president, Volodymyr Zelensky has accused Russian troops of carrying out ‘hundreds of rapes’ including sexual assaults on small children.

Putin’s soldiers have been linked to a string of horrific atrocities across Ukraine, including the brutal rape and murder of women and children, often in front of their own family members. Moscow has denied the claims.

‘Testimonials are being collected. Thousands and thousands of victims. Hundreds of cases of torture. Bodies continue to be found in drains and cellars.

‘Hundreds of cases of rape have been recorded, including those of young girls and very young children. Even of a baby!’

She told the UN: ‘This is just the tip of the iceberg. We know and see – and we want you to hear our voices – that violence and rape is used now as a weapon of war by Russian invaders in Ukraine.’

An 11-year-old boy is among the alleged victims after he was reportedly raped by Russian troops in front of his mother who was tied to a chair and forced to watch.

Ukraine’s Parliamentary Commissioner for Human Rights Lyudmila Denisova said the boy was attacked in Bucha where scores of dead civilians showing signs of torture were found weeks after it was recaptured.

Denisova also claimed that five soldiers in Putin’s army raped a 14-year-old girl who has become pregnant.  She said an estimated 120,000 Ukrainian children were rounded up and kidnapped, with some raped and others smuggled over to Russia.

On April 8, a 16-year-old girl and 78-year-old woman were among those raped, official Oleksandr Vilkul claimed.

Meanwhile, one of Putin’s soldiers has been arrested after footage emerged of him allegedly raping a baby in Ukraine.

Alexei Bychkov, 24, sent the vile footage to a Russian comrade before he was detained on Saturday, it was reported.

The soldier is said to have shared other videos of his abuse of children to other friends and colleagues.

Elsewhere in Bucha, 25 girls and woman aged 14 to 25 were ‘systematically’ raped while being held captive in a basement, it has been claimed. Nine of the women are now pregnant.

Denisova said: ‘Russian soldiers told them they would rape them to the point where they wouldn’t want sexual contact with any man, to prevent them from having Ukrainian children.’

Meanwhile, a 50-year-old woman who lives 45 miles from Kyiv said a Chechen soldier barged into the home she shared with her husband on March 7.

She told the BBC: ‘At gunpoint, he took me to a house nearby. He ordered me: ‘Take your clothes off or I’ll shoot you.’ He kept threatening to kill me if I didn’t do as he said. Then he started raping me.

‘While he was raping me, four more soldiers entered. I thought that I was done for. But they took him away. I never saw him again.’