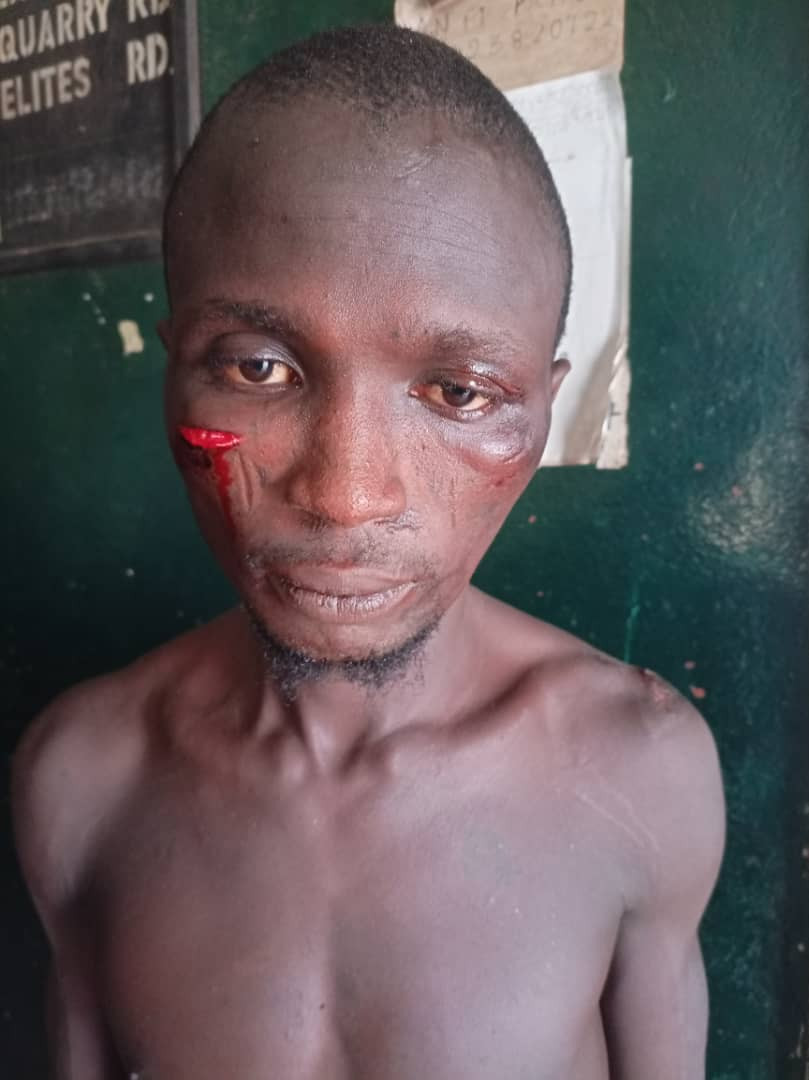 A middle-aged man, Sakiru Famuyiwa, was on Friday, April 15th, arrested at Ijeja area of Abeokuta by men of the Ogun state police command for stealing two children during a church service.

The suspect was arrested following a distress call received by policemen at Ibara divisional headquarters that, while Good Friday service was going on at celestial church of Christ Ijeja, the suspect and one other who is now at large, sneaked into the children department and stole two children who are two and three years old.

On their way out with the stolen children, a vigilant member of the church sighted them and raised an alarm, consequence upon which the congregants pursued them and apprehended one of them.

Upon the distress call, the DPO Ibara division, CSP Nasirudeen Oyedele, quickly moblised his men and moved to the scene where the suspect was rescued from angry mob who were about to lynch him.

The state police public relations officer, DSP Abimbola Oyeyemi, who confirmed this to newsmen, said the commissioner of police, CP Lanre Bankole, has ordered the immediate transfer of the suspect to anti kidnapping unit of the state criminal investigation and intelligence department for discreet investigation. He also ordered that the accomplice must be hunted for and brought to book.