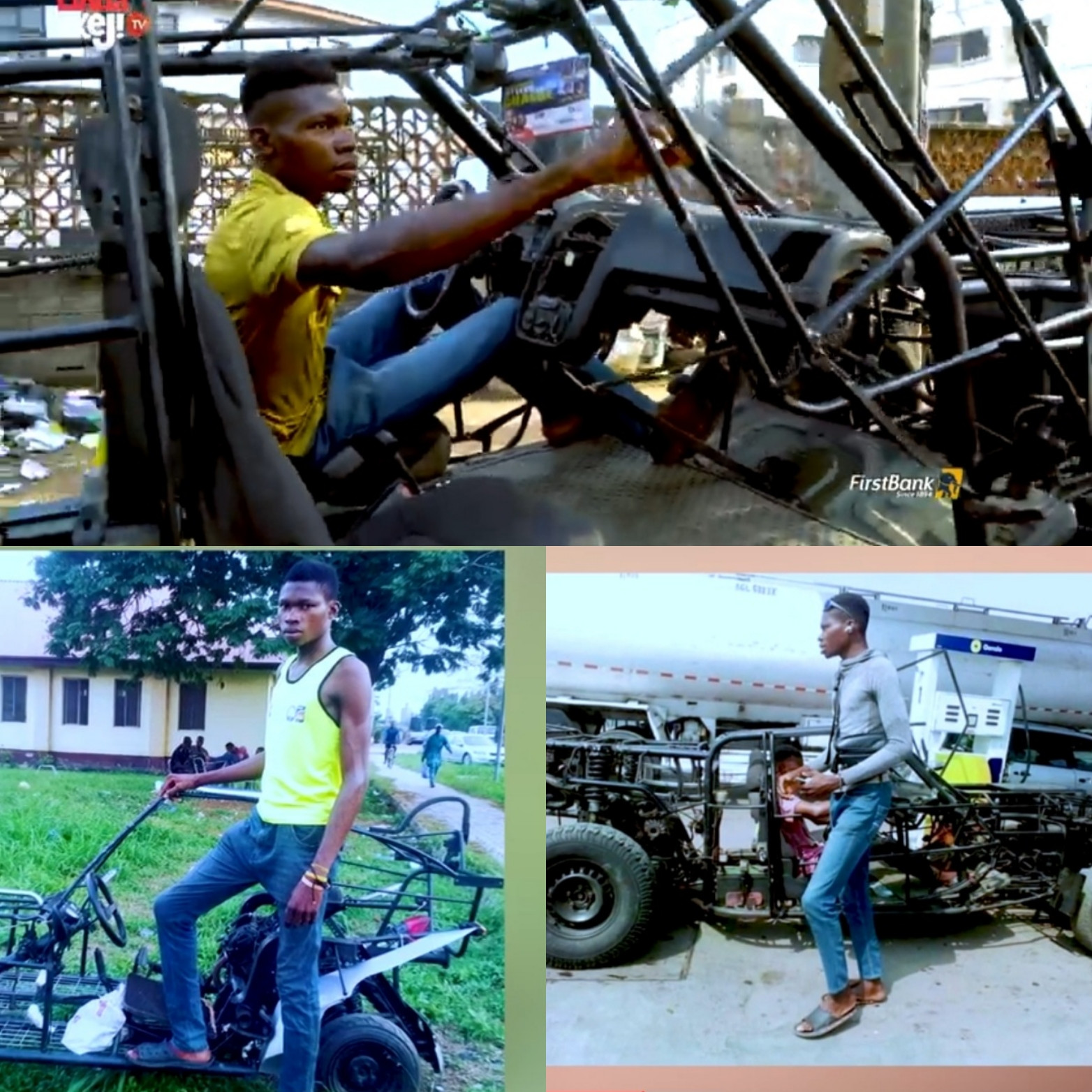 Amalum Chisom is a Nigerian automobile engineer who has designed and built cars, despite not getting a tertiary education.

Chisom explained that his father wanted him to go to school but he objected because school is “so complicated” for him.

He said he always knew he wanted to build automobiles and began working towards that with his limited education and resources.

Speaking about how his journey began, Chisom said he started building things with cardboards since he was a child.

He decided at age 6 to make his own cars and vowed that every car he will ever own will be made by him.

When he moved to Lagos and noticed the transportation problem in the state, he said he decided not to spend the bulk of his money on transportation.  So, he built his first car in 2019 and used it for 2 years, driving around Lagos, before deciding he wanted to build a more improved car that can take him outisde Lagos. He named his latest car Gravity X.

He said building automobiles and repairing them is a natural gift, not something he learnt in a formal institution.

His father never supported his interest in building things, he said. He added that he assumes it’s because his father, a talented sport man, was disappointed by Nigeria and he fears same might happen to him.

His dream is to study aeronautical engineering and he hopes for a chance to return to school to achieve this dream.

However, he said he doesn’t want to attend a university. He explained that he will like to study in a polytechnic, preferably one abroad.

He has designed many cars, including a car that doesn’t use air bags yet keeps passengers safe in the case of an accident.

Chisom said his major challenge is funding, adding that he will do more with adequate funds.

First Class Material is produced by Linda Ikeji TV and sponsored by First Bank of Nigeria.

Watch episode 10 of Season 2 in the video below.

Drinking cold water does not cause Catarrh