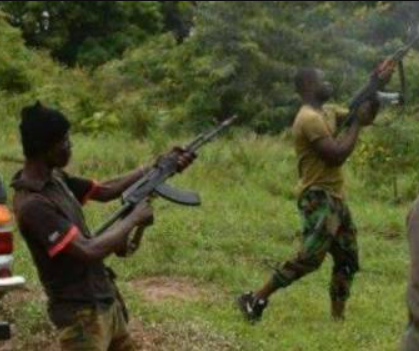 The abductors of six family members of the newly elected councillor representing Yangoji in the Kwali Area Council of the Federal Capital Territory, Abuja, Idris Ibrahim, have refused to set their victims free despite collecting N2million ransom.

The victims were kidnapped three weeks ago in Yangoji village.

The kidnappers initially demanded N6million, but after negotiations, they slashed the amount to N2million, Daily Trust reports.

The N2million was taken to the kidnappers last Thursday, April 14, but they refused to release the victims.

A relative of the victims told the [publication: “After paying the N2million, we were making arrangements to go with three motorcycles to pick them when the leader of the kidnappers called and accused one of us of inviting vigilantes to engage them.

“Despite our denying inviting the vigilantes, the kidnappers’ leader has refused to release the victims, saying until we bring an additional N3million.”

“Take my card and buy yourself a new bag” – Singer, Adekunle Gold tells his wife, Simi, as she turns a new age