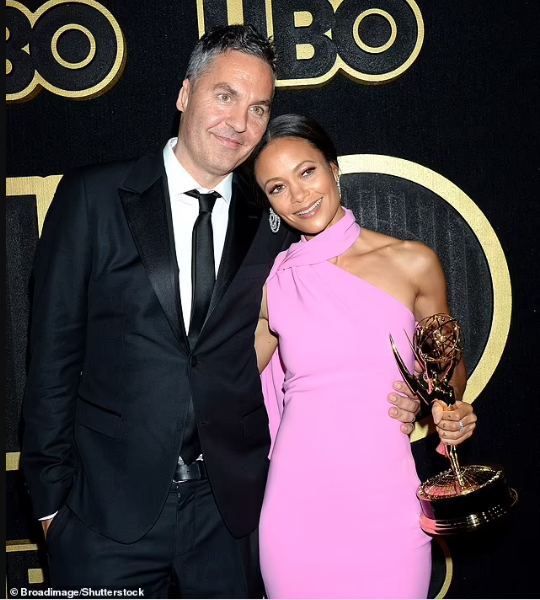 Thandiwe Newton has broken her silence following her reported split from her husband of 24 years Ol Parker.

The actress, 49, shared a cryptic message about ‘hating women’, as she took to her Instagram Stories to post a picture of a white strappy dress.

The Hollywood star, who is said to be heading to rehab to seek mental health support following the break-up, posted the snap of the Zoe Buckman dress which was embroidered with the words: ‘Do we hate our women’.

The lyrics were taken from the late Tupac Shakur’s song Keep Ya Head Up (1993) and also featured the words: ‘I wonder why we take from our women. Why we rape our women, do we hate our women?’

Thandiwe’s now-deleted post comes shortly after it was alleged she has separated from her husband and is likely headed to rehab, according to a new report.

The report came four days after Thandiwe denied claims she was sacked from her leading role in Magic Mike 3 over a heated argument with co-star Channing Tatum. She has since been replaced in the role by Salma Hayek.

According to a new report in Page Six, staffers on the movie became worried about her health during filming in London, with her agent flying in from Los Angeles to try and ‘smooth things over’.

The publication reports that Thandiwe has been suffering with emotional and family problems after separating from her husband Ol, 52, with whom she shares children Ripley, 21, Nico, 17, and Booker, eight.

A source said: ‘Thandiwe had been acting strange on set, she has been very highly strung. Her apparent breakdown caused so much disruption, it became clear she couldn’t play the role.

‘There is a lot going on in her personal life, she and her husband have separated. She seemed so stressed she even brought her two pet rabbits to her hotel for emotional support.’

The insider added that Thandiwe fired her UK agent of three decades as her US  agent Gaby Morgerman flew in to try to help.

The insider said of her next steps: ‘Thandiwe’s team wants her to go to rehab for mental health support.

She was supposed to leave immediately for a facility, they tried for a Malibu rehab, but they couldn’t take her. Arrangements are now being made to go to a facility in Arizona, if she agrees to go.’