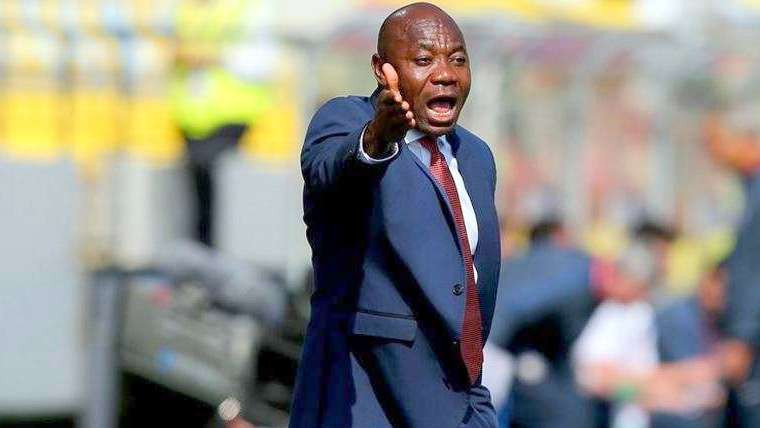 Former Super Eagles assistant coach, Emmanuel Amuneke, has opened up on Nigeria’s failure to qualify for the 2022 World Cup in Qatar.

Speaking in an interview with Punch, Amuneke expressed his disappointment, saying he’s still trying to overcome the failure which saw the Super Eagles miss out on securing the ticket to reach the World cup.

He said: ‘I’m still trying to overcome the failure. I’m very sad and very disappointed not to have helped the team achieve its aim of qualifying for the World Cup because that was the dream of the technical crew, to help the Eagles qualify. I want to use this opportunity to apologise to Nigerians for the team’s inability to pick the ticket for Qatar. It’s very painful but I believe we will learn from this and become better as a team. I thank the Nigeria Football Federation and the sports minister for the opportunity to serve my fatherland in that capacity.’

When asked if the players that represented Nigeria at the Playoffs were what the team really needed, he said: “The head coach (Austin Eguavoen) was in charge of the team and he decided what system and which players fitted into the system. My job was to provide technical assistance, which I did throughout the games in Accra and Abuja. It’s now left to who is in charge to take it or leave it.  We have good players in the team in all departments but the team still needs a good passer of the ball from midfield. A player that can create space from our own half with just a pass from quick movements will be the final piece in the Eagles’ jigsaw.”

Speaking about the next Super Eagles coach, he added: “They need a very sound and tactical coach with current information for his team to learn from and be better, one who is open to new ideas and system of play and firm on his decision-making.”