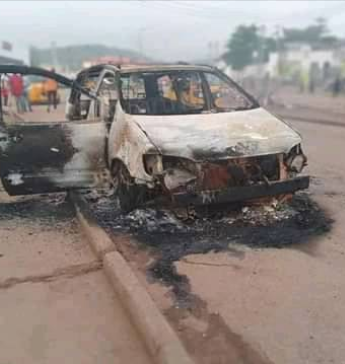 IPOB releases names of militants allegedly behind killings in South-East

The Indigenous People of Biafra (IPOB) has released the names of the militants allegedly responsible for the killings in the South-East.

The secessionist group alleged that some fake self-acclaimed ESN operatives are behind the killings in Orlu, Imo State.

In a statement on Tuesday, April 19, the IPOB’s Media and Publicity Secretary, Emma Powerful, gave the names of the alleged militants as: Chibuike Igwe, Paul Udenwa From Amaifeke Orlu, Okwudili Dim (aka) One Nigeria, the man called Sky from Umutanze Orlu and the man called 2men from Umuna in Orlu.

Powerful urged members of the public who have information on the whereabouts of the listed persons to report to IPOB and ESN members for prompt action.