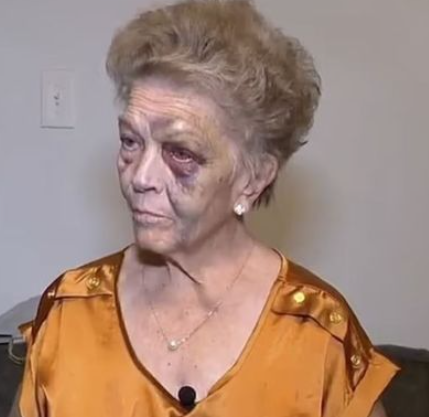 “The Lord saw fit to take him out of his misery” Woman says after a carjacker beat her up, stole her car and died in an accident while driving off with it

A 72-year-old US woman who was savagely beaten by a carjacker, who then died when he crashed the stolen car, has reacted to his death.

Shirlene Hernandez stopped to buy a drink at a petrol station in San Antonio, Texas, when the criminal grabbed her car keys and slammed her in the face with the car door, leaving her face severely bruised.

Three witnesses tried to intervene but the assailant managed to drive off in her car.

The stolen car was then involved in a fatal collision on the nearby interstate, killing the carjacker, according to police.

Reacting following news of his death, Shirlene told local news station WCAX3: “There’s a lot of people who would say what goes around comes around, karma. I did not think that.

“The only thing I got [was] really sad because he had died. Now granted… he had hurt me, but the Lord saw fit to take him out of his misery.”

She said she was grateful for the people that had tried to help her at the petrol station and added: “I just hope that if this situation happens to anybody else, that somebody will step forward, leap forward, run forward, whatever and help the person that it’s happening to.”