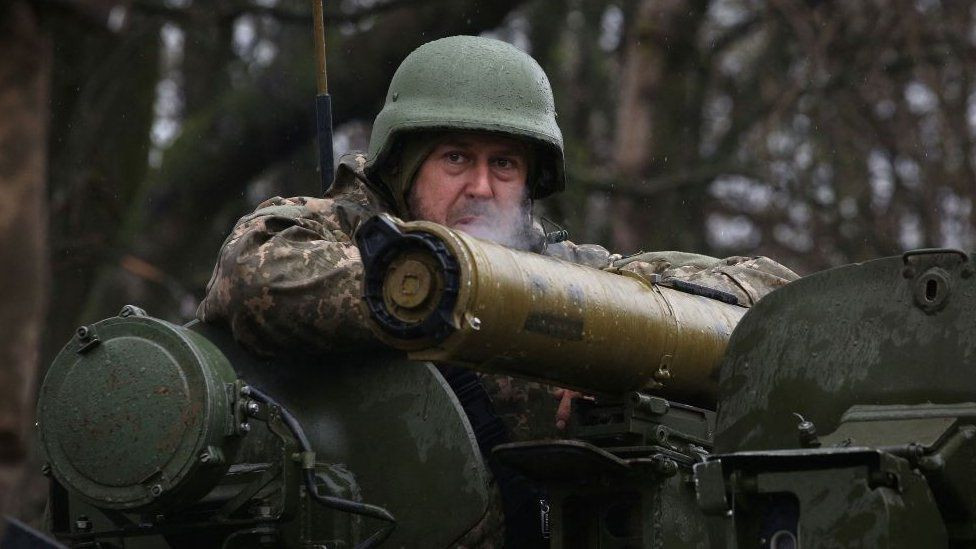 The US and allies of Ukraine have pledged to send more weapons to help Ukraine win the renewed Russian offensive.

The US and others vowed to send artillery, anti-tank and air defence aid to Kyiv during a 90-minute video call on Tuesday, April 19.

New clashes in the country’s east there have marked what Ukraine leader Volodymyr Zelensky said was the start of the “battle for the Donbas”.

The eastern Donbas – which comprises the Luhansk and Donetsk regions – is where Russia is concentrating its efforts and if Russia wins, it will control a huge Easter and southern section of Ukraine.

According to Ukraine, Russian forces have been attacking Ukrainian positions along the entire 300-mile (480km) front line since Monday April 18.

Following the meeting of Ukraine’s allies, the US defence department said additional military aircraft and aircraft parts had been sent to Ukraine to increase their fleet size and repair others in Ukraine’s arsenal that were damaged.

The US defence department added that the US had not provided aircraft to Kyiv itself.

The US also refused to reveal details on which countries have provided the aircraft to help Ukraine which comes months after President Zelensky has appealed to the US for Soviet-made air defence systems and fighter jets as an alternative to a no-fly zone over Ukraine.

The move also comes after the US in March refused a proposal by Poland to provide it with MiG-29 fighter jets, which it would then transfer to Ukraine.

President Joe Biden, speaking to reporters after the meeting between Western allies, added that the US is planning to provide a further military aid package to Ukraine worth $800m.

“They [Ukraine] need support with more artillery, that is what we will be giving them,” said the UK Prime Minister Boris Johnson in parliament after the meeting.

The Czech Republic said it would repair Ukrainian tanks and armoured vehicles when they are damaged in combat.

Russia reacting to the new support for Ukraine said;

“The United States and Western states under its control are doing everything to drag out the military operation for as long as possible,” Russia’s defence chief Sergei Shoigu said.

Russia invaded Ukraine on February 24 but in recent days have shifted their military operation’ to the Eastern part of the country known as the Donbas.

Things are getting worse than in 2015 – Governor Diri