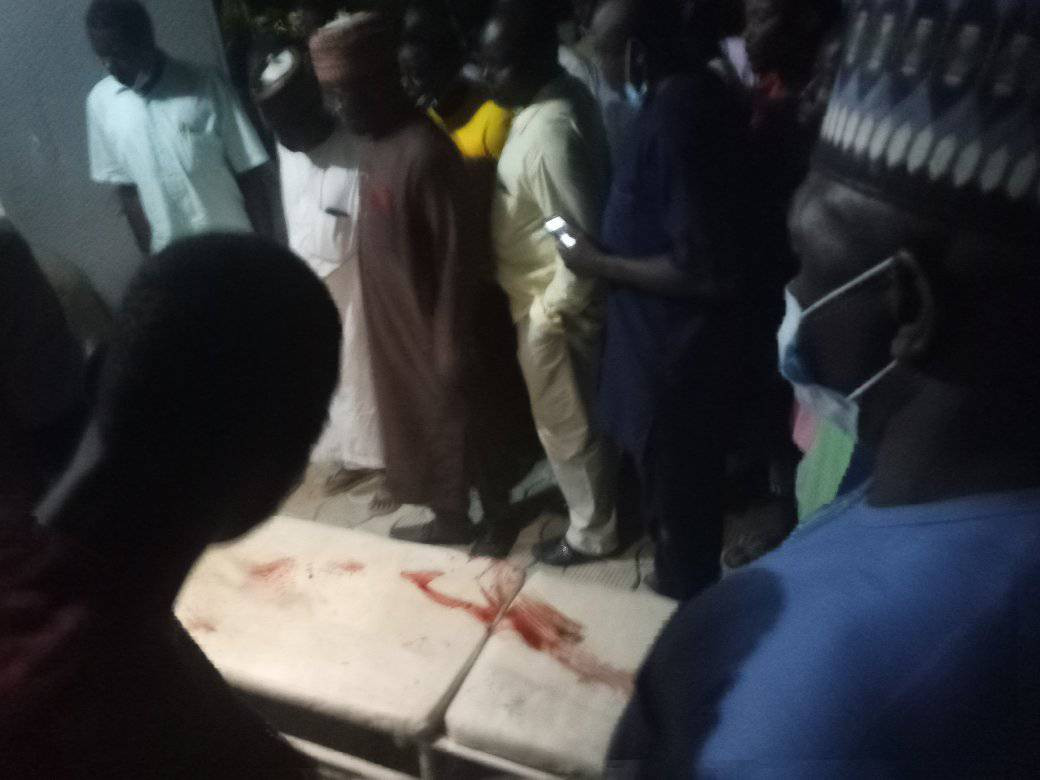 One killed, many injured as explosion rocks drinking joint in Yobe

The LG chairman, others at the scene

One person has been confirmed dead while about 7 others sustained injuries in explosion that rocked a beer parlour popularly known as “Gidan Amarya” in Gashua, headquarters of Bade Local Government Area of Yobe State.

Gashua, the hometown of the Senate President, Ahmad Lawan, is about about 188 kilometers north of Damaturu, the state capital.

Residents said they were we were observing the late evening prayer at 8pm on Sunday, April 24, when they heard a loud explosion.

Abdu Sheriff, a shop owner close to the Area, told Daily Trust that many people scampered for safety.

“I heard the sound while we were observing our Isha prayers and immediately we finished, we rushed into our houses to hide. After some moments, we were informed that the explosion hit a beer parlour that is in a neighbouring community.” he said.

The Chairman of Bade local government, Sanda Kara Bade, who confirmed the incident said he had mobilised security team into the scene and ordered for investigation to unravel the root cause of the explosion.

He said the injured victims were evacuated to Specialist Hospital Gashu’a for medical treatment.

The chairman also ordered closure of all alcohol selling house in Gashua.