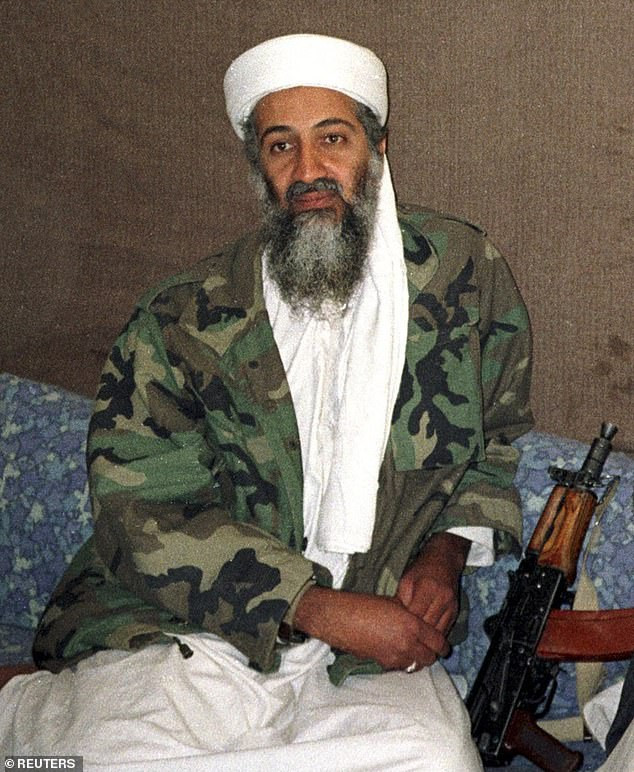 Infamous terrorist, Osama bin Laden planned to attack the US with charter jets and train derailments after 9/11, papers obtained by US Navy Seals after his assassination have revealed.

The documents gotten after bin Laden’s 2011 execution by the US military, revealed how he encouraged that private jets, rather than passenger planes, be used after the September 2001 attacks which shocked the whole world.

Bin Laden, a trained engineer with the CIA also encouraged his followers to cut 12 meters from train tracks in the US in order to kill hundreds.

The plot was previously mentioned in 2011, when it was claimed bin Laden had been hoping to send a packed train careening off a bridge into a valley.

‘Rather than hijack a plane, operatives should charter one for their next attack on the U.S. If that’s too difficult, they should target U.S. railways,’ Osama bin Laden wrote in a letter to he head of al Qaeda’s international terror unit, Islamic scholar Nelly Lahoud explained during a 60 Minutes interview that aired Sunday, April 24, on CBS.

‘He wanted to have 12 meters (40 feet) of steel rail removed so that, this way, the train could be derailed,’ Lahoud . ‘And we find him, explaining the simple toolkit that they could use.’

‘You could use a compressor. You could use a smelting iron tool,’ bin Laden instructed his followers while giving specifics on how to cut out bits of track.

Thousands of bin Laden’s personal letters and notes were confiscated 11 years ago by a team of two dozen Navy SEALs sent to Pakistan to capture and kill the terrorist.

The letters were declassified by the U.S. Central Intelligence Agency in 2017.

Lahoud says she has been studying the documents ‘line by line’ for several years.

She argued bin Laden was surprised at America’s reaction to the series of airline hijackings that took the lives of nearly 3,000 people on September 11, 2001.

‘Al Qaeda did not anticipate that the United States would go to war,’ Lahoud said of bin Laden’s letters.

He reportedly thought the U.S. would respond with a ‘limited airstrike,’ but did not suspect it ‘would go beyond that.’

‘He thought that the American people would take to the streets, replicate the anti-Vietnam war protests and they would put pressure on their government to withdraw from Muslim majority states,’ she explained.

The letters also revealed that in November 2002, when U.S. intelligence officials were concerned that Al Qaeda was planning ‘spectacular attacks’ that would result in ‘mass casualties,’ bin Laden was hiding and ‘absolutely not’ running the terrorist group, Lahoud alleged.

‘He’s very eager to replicate the 9/11 attacks in the United States,’ she says of the letters he penned in 2004. ‘You know he is mindful that now the security conditions are very difficult at airports.’

‘The weakness, failure, and aimlessness that befell us were harrowing. We Muslims were defiled and desecrated. Our state was ripped asunder, our lands were occupied, our resources were plundered,’ a young Al Qaeda associated named Tawfiq wrote to bin Laden at the time.

‘I’m gonna tell you the truth as it is. And I know that some of the brothers here are not telling you everything in detail because they don’t want to upset you, particularly because of the delicate situations in which you find yourself with…’