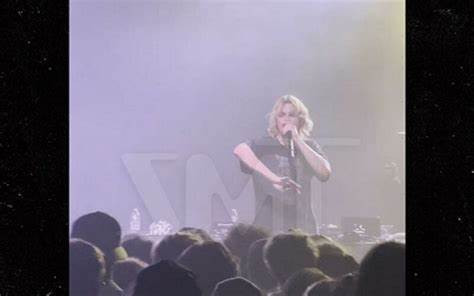 Australian rapper Kid Laroi who surprised his fans with a secret concert at the Lodge Room in L.A.’s Highland Park neighborhood, halted his performance after some of his fans clashed onstage with security guards.

TMZ reported that during the concert, “2 fans jumped onto the stage and security had to tackle them to the ground”.

Kid Laroi reportedly halted his performance to check up on his fans who were not tossed out of the building.

Once he made sure they were all good and also found their shades on the stage which he returned, he continued his performance after telling the owner of the shades they’re “clean as f**k.”