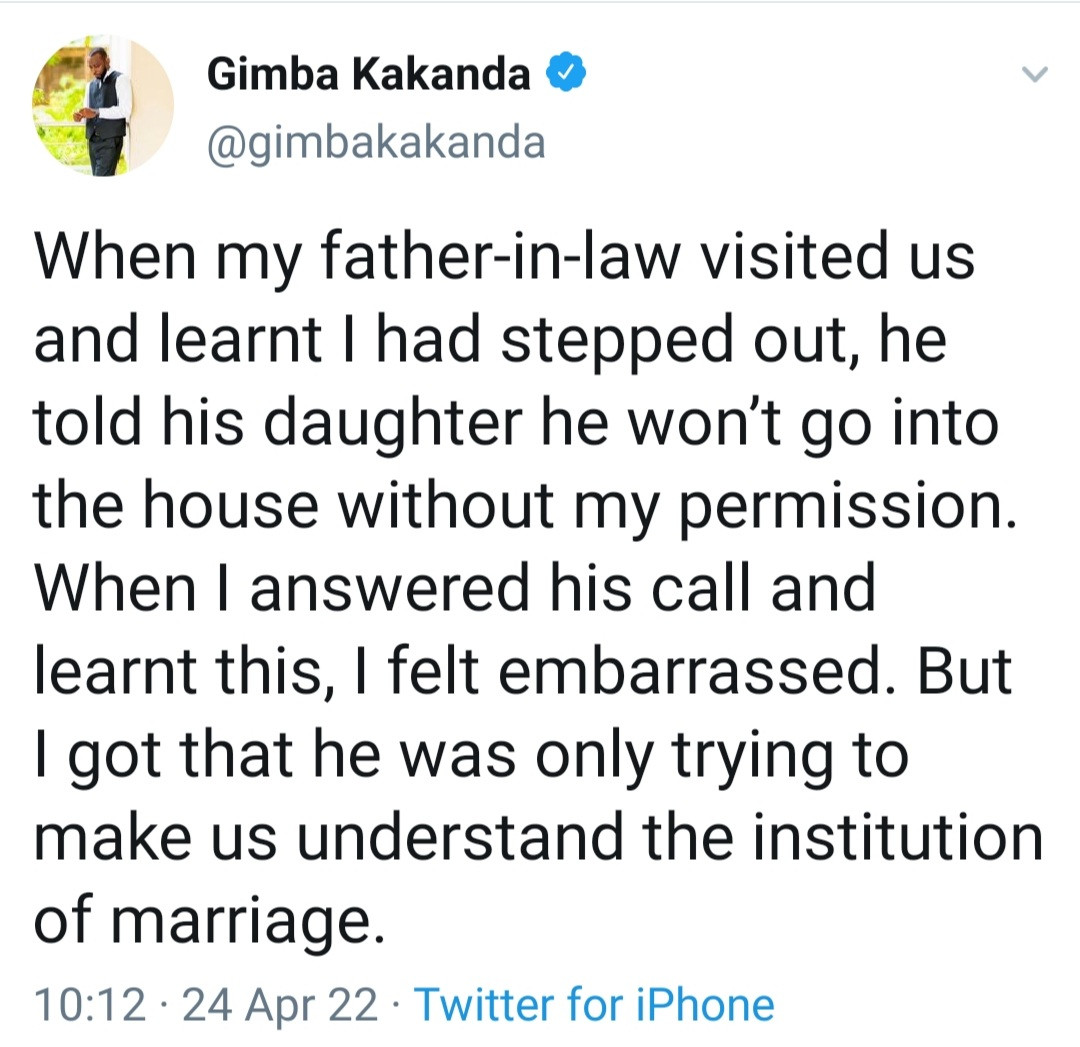 Northern Nigerians have taken to Twitter to say that it is a sign of respect for fathers to get permission from their sons-in-law before they visit their married daughters.

It began with Gimba Kakanda sharing his personal experience with his wife’s father.

He tweeted: “When my father-in-law visited us and learnt I had stepped out, he told his daughter he won’t go into the house without my permission. When I answered his call and learnt this, I felt embarrassed. But I got that he was only trying to make us understand the institution of marriage.”

Gimba added that it would be “downright disrespectful” for a father-in-law to visit without getting his daughter’s husband involved.

Others then began sharing their stories, with one man revealing that his father has 17 married daughters and he doesn’t know the houses of 14 of them.

Another wrote of her maternal grandfather who had his driver drive past their house so he can see where his daughter lives, though he didn’t enter. The Twitter user added that just driving past his married daughter’s house was “still considered scandalous”.

Another said his sister has been married for 4 years and her father doesn’t know where she lives.

They added that it is to teach the married daughter that no one should enter her house without her daughter’s permission.

See the tweets shared on the matter below.

Rick Ross claims that no woman has ever faked an orgasm in the bedroom with him; Then questions TV host on whether she’s squ!rted before (Videos)