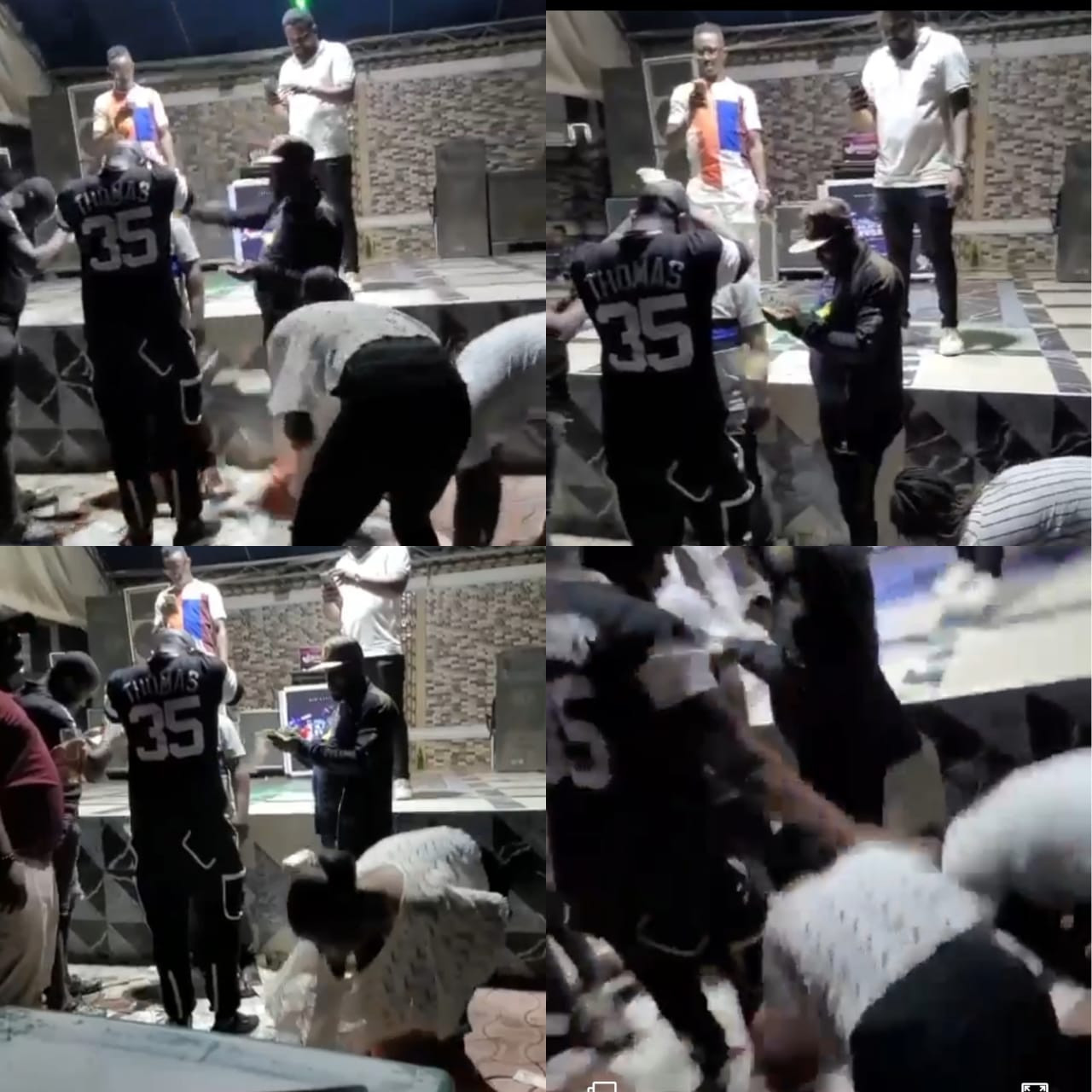 A trigger-happy policeman is currently on the run after he allegedly shot dead two persons at the venue of a birthday party organized at a bar in Gowon Estate, Egbeda area of Lagos.

According to eyewitnesses, the officer was given food and drinks by the party organizers who asked him to join in their celebration. It was after he ate and drank alcohol to his satisfaction that he began to shoot sporadically, allegedly killing two of the guests who were spraying money at the celebrant.

A video shared online showed the gory bodies of the deceased persons as well as those who sustained gunshot injuries.

Confirming the incident, the spokesman of the state police command, SP Benjamin said

“I can confirm there was shooting at the bar on Sunday night and two persons were killed. We are investigating the circumstances that led to the shooting. I can assure you that those responsible will not go free. They will face the music. The commissioner of police Lagos State, CP Abiodun Alabi, has zero tolerance for such behaviour and has already given marching orders to the DPO to fish out the culprits.”

It was also gathered that the policeman was invited to provide security by the celebrant identified as Ifeanyi alias Asiwaju of Computer Village.

See graphic photos from the incident below…