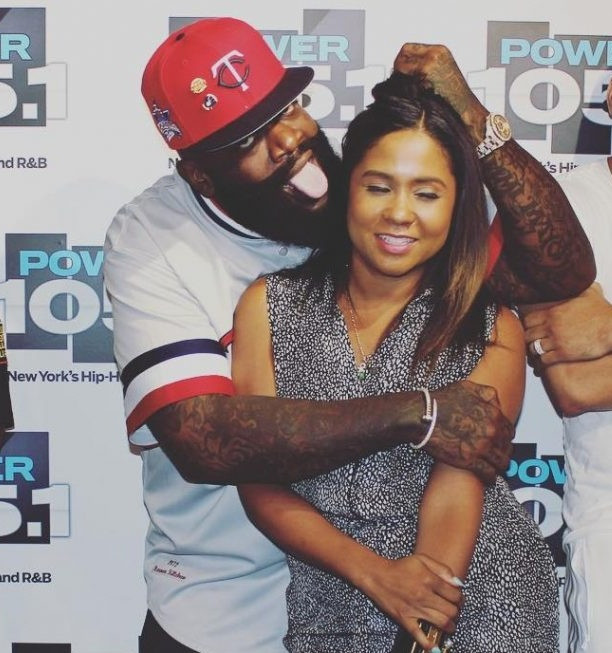 Rick Ross claims that no woman has ever faked an orgasm in the bedroom with him; Then questions TV host on whether she’s squ!rted before (Videos)

Rapper, Rick Ross has claimed no woman has faked an orgasm with him before.

According to the rapper and business man, “when Rozay in the zone… You can’t fake that mess they make for Rozay”

Rick Ross, 46, dropped at ‘The Breakfast Club’ show to give listeners some advice on how to invest their money and build their brand, as well as discuss details about his upcoming car show but many fans weren’t expecting him to talk about his sex life with the hosts.

“Has anybody ever faked it with you, Ross?” The show host, Angela Yee (pictured top right) asked the rapper.

“Imma tell you this,” he began. “I can’t tell you what somebody did, but when Rozay in the zone… You can’t fake that mess they make for Rozay! That splash! You woulda thought the fire alarm come on the way that splash come out. You can’t fake that. You feel me? That’s what I look forward to.”

The rapper then took it up a notch, by asking her if she’s “a squirter” to which she said, “No.”

Watch the interview below