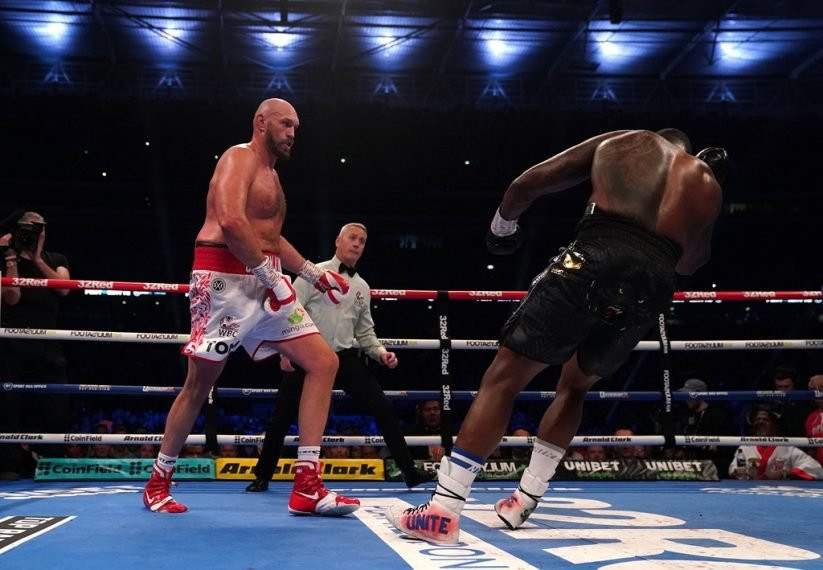 “This ain’t wrestling, this is boxing”

British boxer, Dillian Whyte has asked for a rematch of the fight between himself and the World Heavyweight Champion, Tyson Fury.

Whyte was knocked out by the undefeated Fury at Wembley Stadium on Saturday, April 23rd, 2022 in front of a record 94,000 people.

After bullying Whyte in the previous 5 rounds, Fury gave Whyte a left uppercut and then shoved him in the 6th round leaving Whyte dazed and unable to continue.

White now says Fury cheated and the match should be rearranged.

Speaking to Sky Sports he urged Fury to accept a rematch.

“He full-on pushed me and I fell over and hit my head on the canvas, which is illegal. This ain’t wrestling, this is boxing. But, you know, you let Fury do what he wants and get away with it. I should have been allowed extra time to recover and then carry on fighting. When he pushed me, he went to the referee, don’t let the fight carry on. The referee isn’t doing his job. Okay, I got caught, no doubt about that, good shot. I didn’t go straight down, he full-on, two-handed pushed me. It was a terrible job from the referee, but it is what it is.” Whyte said

Fury has given a hint that he might retire from the sports following his victory over Whyte but that might not happen as a fight against the winner of the unification bout between Anthony Joshua and Oleksandr Usyk, could be tempting financially and prestige-wise to ignore.