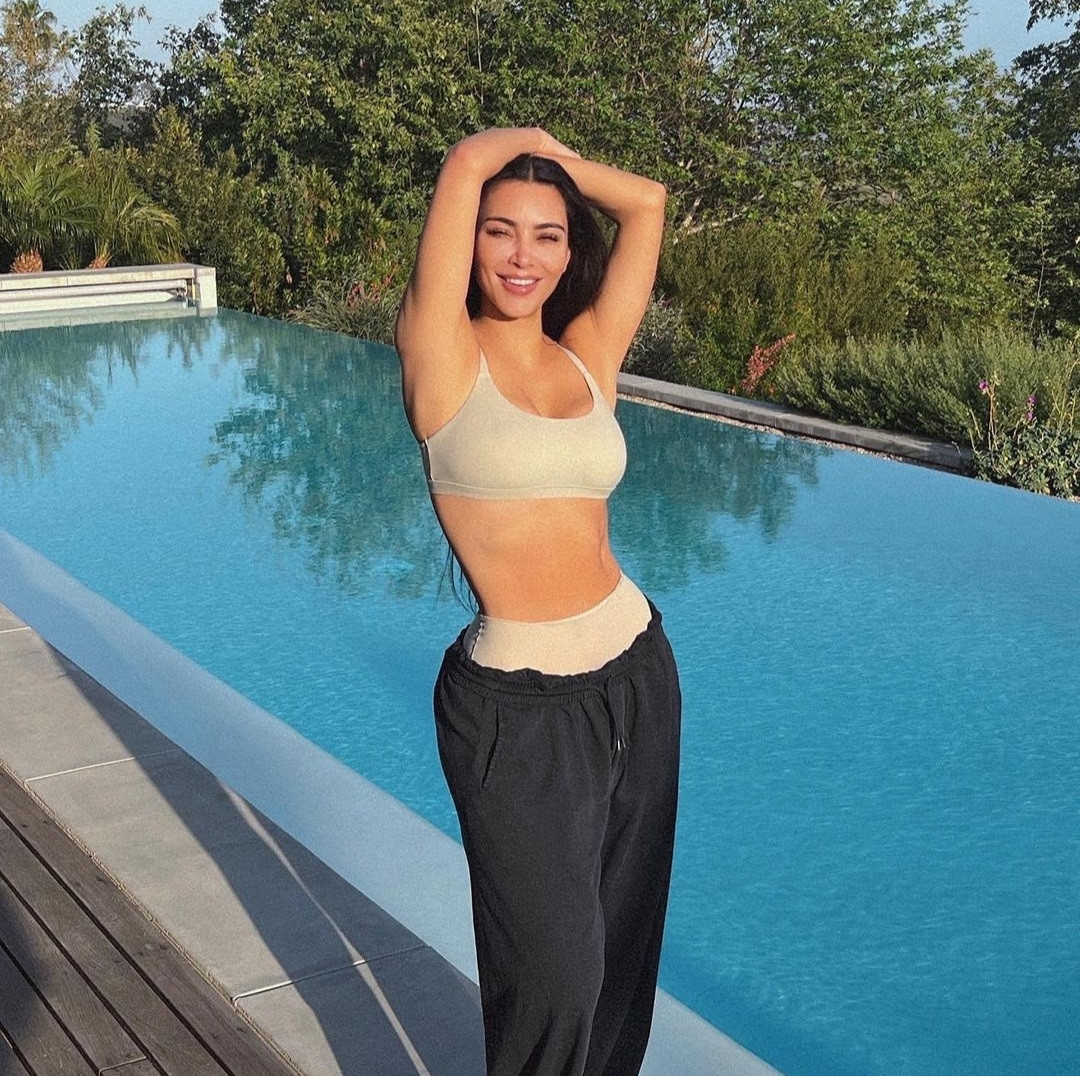 Kim Kardashian has hit out at people suggesting she photoshopped her belly button out of photos she shared Instagram.

The reality star shared a photo of herself posing by a pool. Her mid section was visible in the photo but her belly button was hidden beneath her underwear.

Fans left comments, asking where Kim’s belly button is. Some accused her of photoshopping it out.

Reacting, Kim shared screenshots of articles accusing her of photoshop and denied the accusations.

She wrote: “Come on guys… Seriously! This is so dumb! Claiming I photoshopped out my belly button?

She added in another that the high-waist underwear from her Skims brand conceals belly buttons.