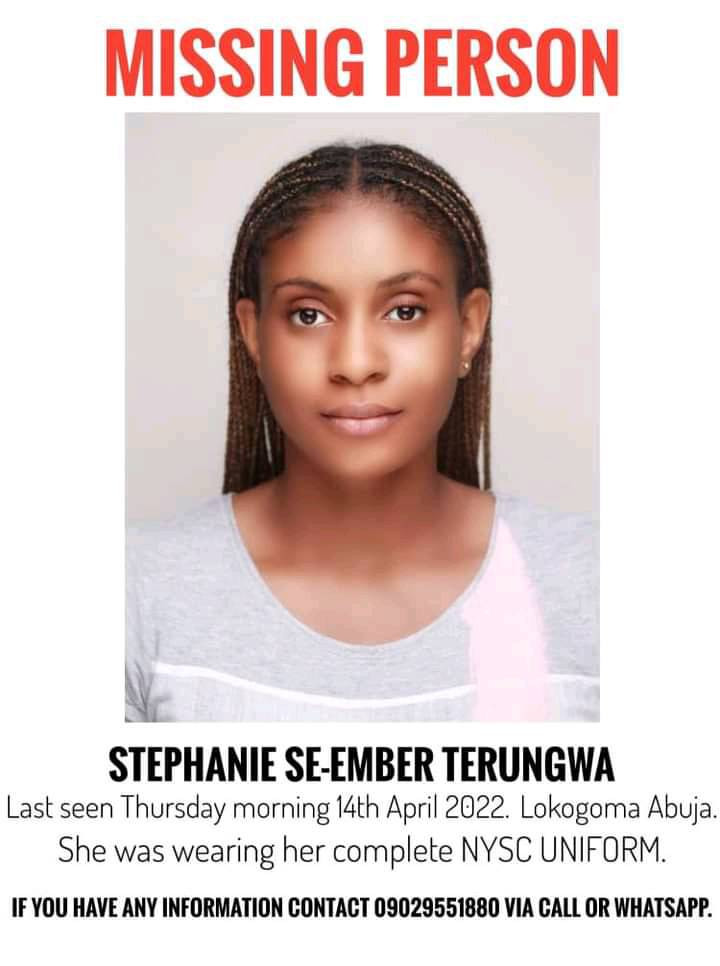 A member of the National Youth Service Corps, NYSC, Stephanie Se-Ember Terungwa, has been declared missing in Abuja.

According to her family, Ms Terungwa was last seen on Thursday morning, April 14, 2022, at Lokogoma area of Abuja.

Her uncle, Richard Iorliam, said she was abducted with her one-year-old son after attending CDS exercise.

The baby was later found but the mother is still missing, Richard said.

Stephanie is a graduate of Micro Biology from the Joseph Sarwuan Tarka University, Makurdi, Benue State.

Anyone with useful information on her whereabouts should kindly contact the nearest police station or call her sister on 09029551880.

Man. United’s interim manager, Ralf Rangnick says the club only have 14 players fit as he begs the stars to impress Erik ten Hag by beating Chelsea