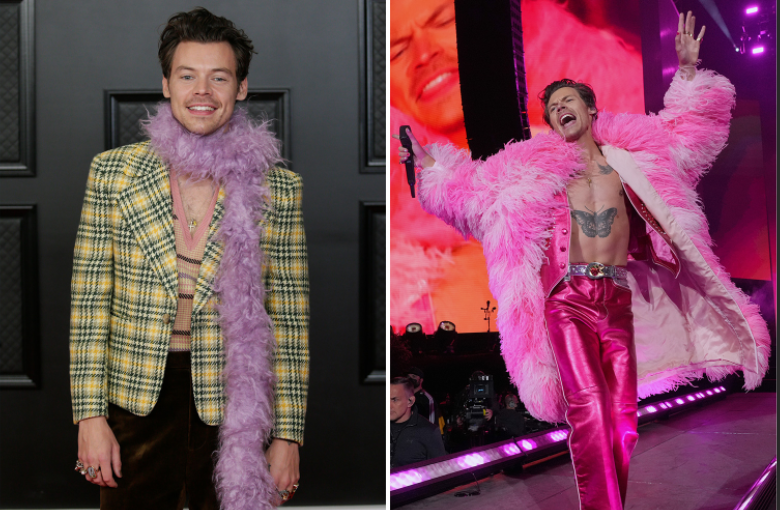 28-year-old singer, Harry Styles has opened up about the challenges of autonomy and privacy in a world focused on gossip.

The Watermelon Sugar singer who became a pop icon after finding fame in One Direction in 2010, has revealed he was once ‘so ashamed’ about his sex life and people knowing about it.

In a new interview with Better Homes & Gardens, Harry said it is “bizarre” and “outdated” to publicly comment on his personal life and sexuality as he spoke about how he has grown to embrace sex.

He detailed his feelings of guilt and fears over people knowing he was sexually active, “let alone who with”.

“For a long time, it felt like the only thing that was mine was my sex life. I felt so ashamed about it, ashamed at the idea of people even knowing that I was having sex, let alone who with.

“At the time, there were still the kiss-and-tell things. Working out who I could trust was stressful.”

The Adore You singer said he fiinally got to a place in his life where he was able to question why he was feeling ashamed and grow from it.

People began to question Harry’s sexuality after seeing his sense of style and confidence during the time Fine Line was released in 2019. Harry said he feels it is important to keep his love life to himself and will confide in only those closest to him.

“I’ve been really open with it with my friends, but that’s my personal experience; it’s mine. The whole point of where we should be heading, which is toward accepting everybody and being more open, is that it doesn’t matter”

The singer first sparked dating rumors with Wilde, 38, in January 2021 after they were photographed together at his agent’s wedding. Most recently, Wilde was spotted dancing in the crowd at Coachella, while her beau headlined.

During his time in One Direction, he was romantically linked to stars like Caroline Flack, Taylor Swift, Nicole Scherzinger and Kendall Jenner.

“They are my sisters, I have every right to discipline them” – NSCDC official allegedly says after brutalising sisters for keeping male friends