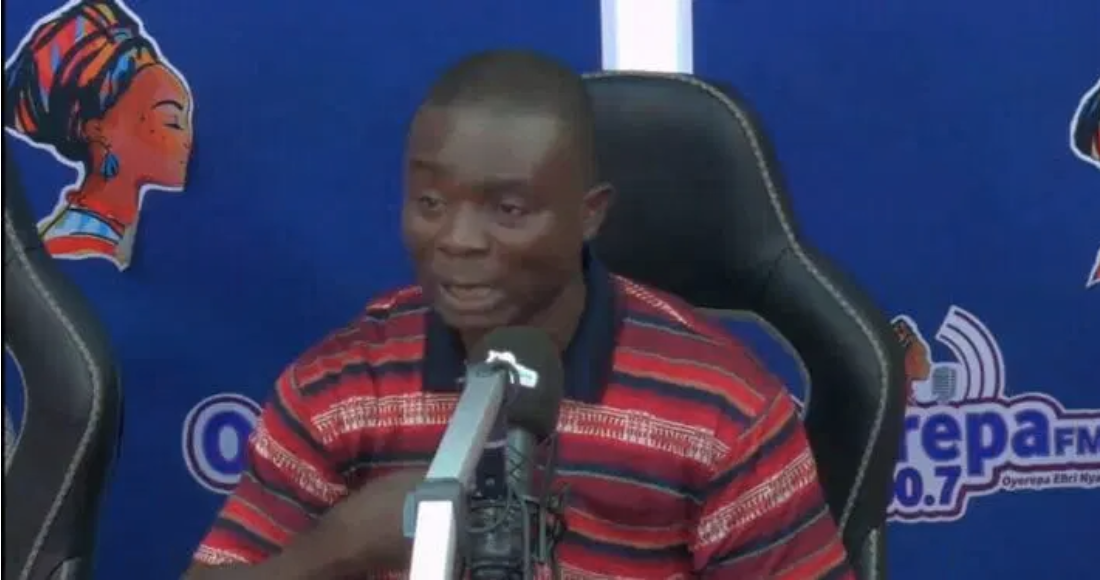 A man who resides at Kumasi Metropolis in Ghana, has narrated how his marriage of four years collapsed after his wife slept naked behind her mother.

Speaking on Oyerepa Afutuo radio show, Agya Wusu said he and his wife, Jamila, were enjoying their lives together until his mother-in-law paid them a visit.

Wusu said on the third day of Jamila’s mother’s visit, he and his wife went out to a bar and returned late at night. He claimed that even though his wife never took any alcoholic beverage, he saw her naked behind his mother the next morning.

He stated that their once-happy marriage has been in a state of extreme crisis since the incident, and they’ve had to deal with a slew of difficulties.

“I had my mother-in-law come for a few days. Three days later, my wife and I went to a local bar to listen to some live music, which we enjoyed. We arrived at our destination rather late. We were in the same room, but the following day I discovered her laying behind her mother, which I thought was strange. I’m not sure how she arrived at that place.

“Since that incident occurred, we have experienced a number of difficulties. As of right now, our marriage has come to an end.”